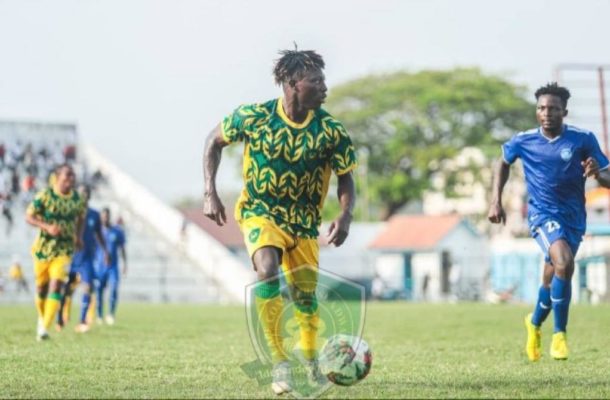 New Edubiase United will renew rivalry with Sekondi Hasaacas on Match Day 18 of the Division One League at Nana Gyamfi Park on Saturday. The two former Premier League sides will do battle to keep to the pace in the competition as the title race heats up in Zone Two.

New Edubaise United picked an important point away from home as they drew goalless against Swedru All Blacks at the Swedru Park while Sekondi Hasaacas recorded their best result in the season –a 3-0 win over Future Stars at the Gyandu Park. Alex Murphy scored a brace in-between Kwabena Baidoo’s opener as the former League Champions continued their impressive form in the second round of the season.

The latter are 10th in the League table with 20 points – 22 points adrift of leaders Samartex FC and 11 points behind their hosts.

League leaders Samartex FC will travel to AA Ampain Sports complex to take on rivals Nzema Kotoko on Sunday. The Sameraboi side continued their perfect run in the season with a 1-0 win over Basake Holy Stars on Match Day 17 to open a 9 point gap at the top of the table.

Samartex have been absolutely amazing in this campaign with some eye catching performances to keep hold of the top spot.

Giants Mysterious Ebusua Dwarfs drew 0-0 with Pacific Heroes and would aim for the points against Soccer Intellectuals at the Robert Mensah Stadium on Sunday.

The Cape Coast giants who were on a good run until the draw against Pacific Heroes have a chance to return to winning ways. Ebusua Dwarfs trail Samartex by nine points going into the Match Day 18 fixture with about 12 matches to end the season. 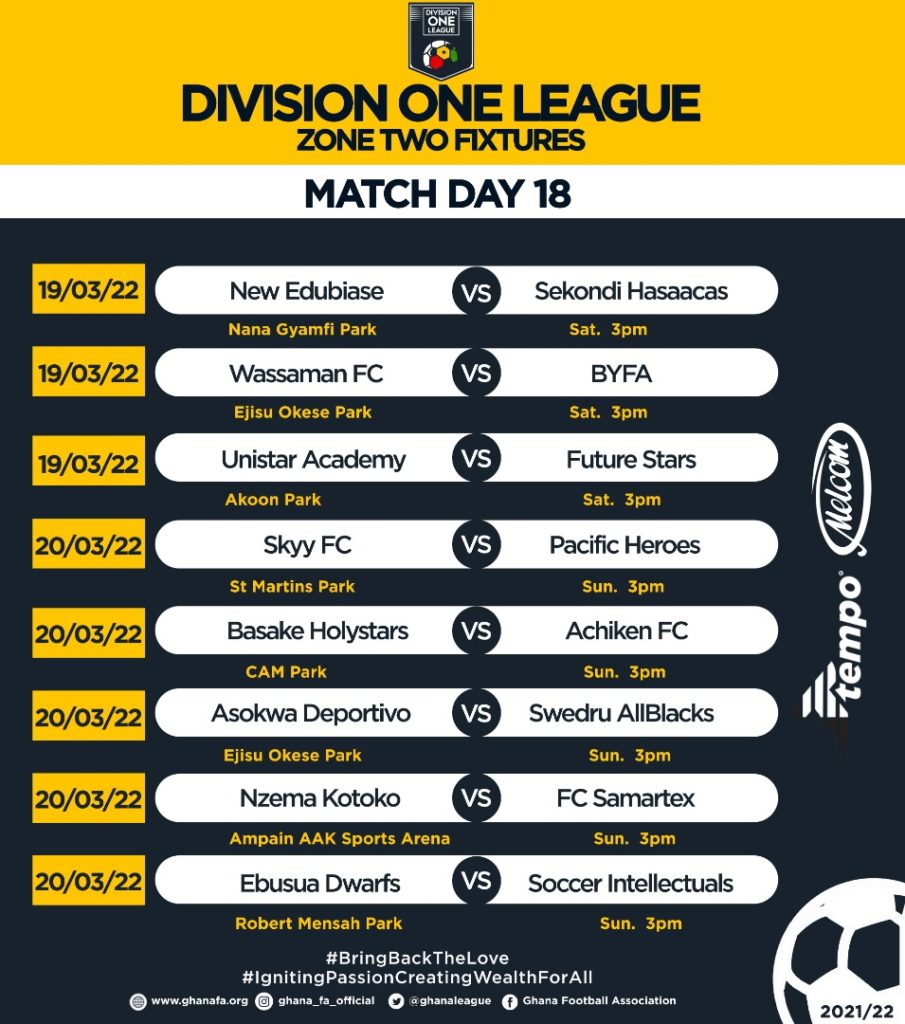