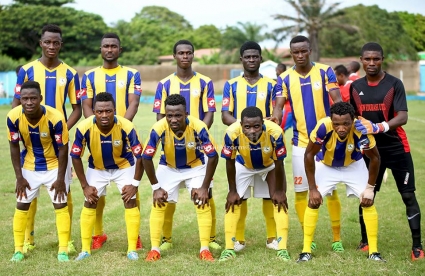 New Edubiase are facing severe sanction after they failed to turn up for their FA Cup tie against Eleven Wise on Sunday.

The former Premier League campaigners blamed lack of communication for the blip.

“We [Edubiase] knew our game was on Sunday against the same XI Wise we had faced in the Division One League in midweek.

“We prepared towards that and were ready to leave for camp in Takoradi around 10am on Saturday when a call came through that Edubiase had failed to turn up for pre-match meeting,” Edubiase CEO Abdul Salam explained.

“This is definitely not intentional and we have communicated it to the FA Cup organizers. There was a miscommunication.

“We have discussed it with the authorities so by the close of the day Monday, there will be a date fixed for the match. We will put in more efforts for a date to be fixed.”

The FA Cup committee will meet on Tuesday to take a decision on the club.