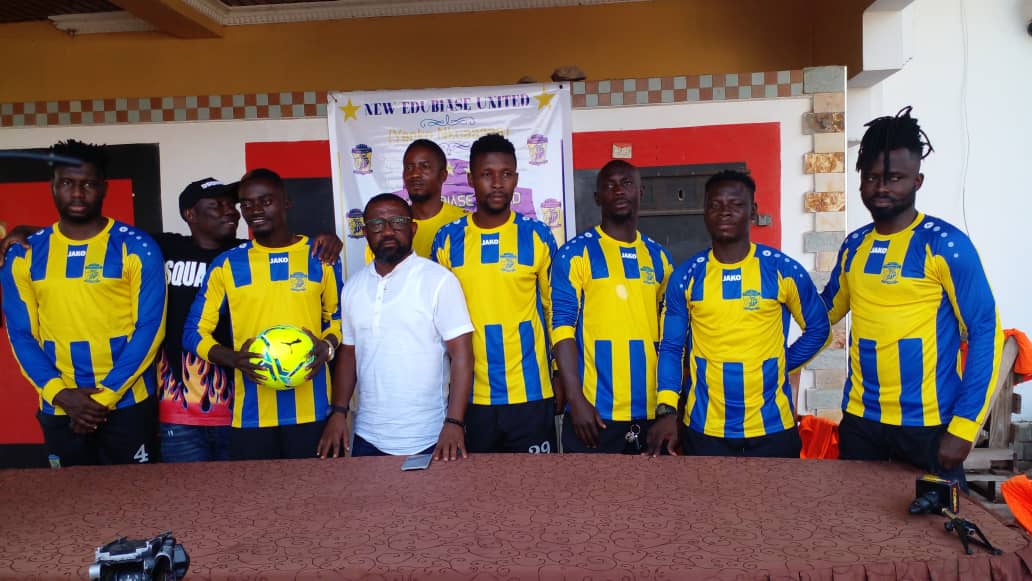 The club unveiled six new players on Friday in a ceremony ahead of the start of the 2021-22 season with the popular actor among the players.

According to sources, the Kumawood Actor is going be to a club ambassador and also a player of the team for the next two seasons.

“I currently play in the Number 7 position or any position in the midfield. The coach is the one who requested me. The CEO wants me as the ambassador and the Coach also wants me to play.I can play the first 45 minutes and with time I can play full 90 minutes.

”As long as I play for New Edubiase United no team will beat us”, he added.

The club has set an ambitious target to qualify to the Ghana Premier League next season.