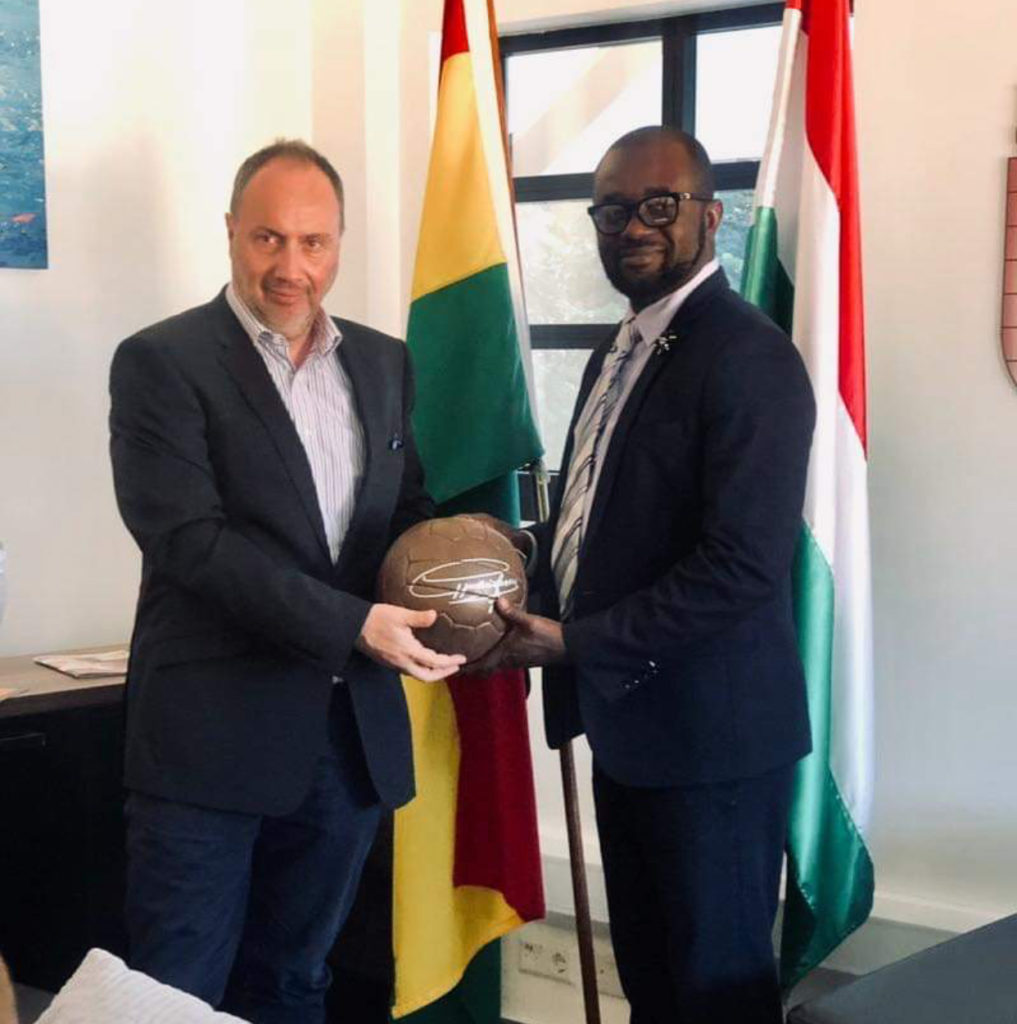 Mr Okraku, who was elected as the nation’s football governing body head a fortnight ago, met the Hungarian Ambassador as part of an aggressive campaign to bring all hands on deck to revive Ghana football.

He said, “Hosted by Ambassador Andras Szabo as I honoured an invitation by the Hungarian Embassy in Accra.‬”

He defeated five competitors on Friday to become only the second GFA President in 14 years.

The former Dreams FC Executive Chairman was confirmed as President with 93 of 120 votes after two rounds of voting failed to produce a clear winner.

His closest challenger, former Vice President of the FA, George Afriyie conceded defeat at the start of the third round of voting leaving delegates to affirm Okraku overwhelmingly.