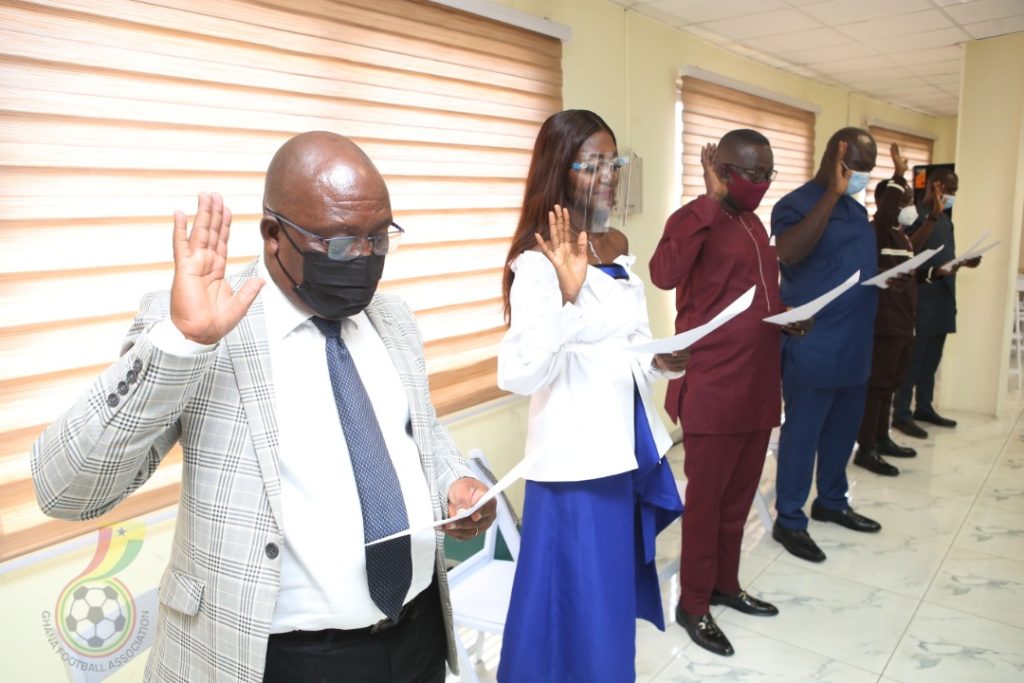 The new Executive members of the Ghana League Clubs Association (GHALCA) were on Thursday sworn into office to begin a four-year mandate.

Supreme Court Judge Justice Amadu Tanko administered the oath of office at a colourful ceremony at the GHALCA Secretariat.

Ghana Football Association president Kurt Edwin Simeon Okraku, who graced the occasion, described the football club's welfare body as a key stakeholder as its performance reflects on the development of the game in the country.

He assured of the association's support towards the activities of GHALCA towards the realization of their targets.

Mr Okraku also emphasized on the need for a smooth transition and effective collaboration between the old and new executives to achieve the desired objectives.

He pledged his outfit's cooperation with GHALCA towards development of the game to the highest level.

Six out of the seven newly elected members were sworn into office with the exception of vice-chairman John Ansah - who has traveled on an international assignment with Ghana 's U17 male team.