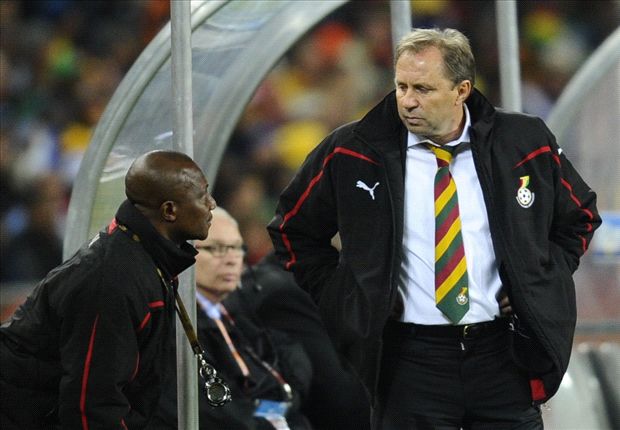 Serbian coach Milovan Rajevac's appointment as Black Stars head coach is imminent and his accommodation has been sorted, per Ghanasoccernet.com sources.

Rajevac started his second spell as Ghana coach on Friday after being unveiled by the Ghana Football Association.

Having enjoyed a great time between August 2008 and September 2010, his appointment comes after the Ghana Football Association (GFA) sacked Charles Akonnor over poor results.

The Serbian arrived in the country on Sunday night and already where he would be staying has been secured by his employers.

Rajevac will be housed in the apartment used by former coach Kwesi Appiah when he was Black Stars coach from 2017 to 2019.

Akonnor was supposed to use the same apartment but did not and preferred to stay at his own house.to be provided by the Ghana Football Association (GFA).

"The GFA will provide Milovan Rajevac with decent accommodation. He will not live in a hotel." GFA President Kurt Okraku revealed.

Rajevac signed a one-year contract and will have Maxwell Konadu and Otto Addo as his assistants.

Their duty is to qualify Ghana to next year’s World Cup in Qatar and win the Africa Cup of Nations in Cameroon.

Milovan during his first spell achieve world cup qualification and took Ghana close to becoming the first African country to play in the semi-finals of the global competition.

Also reached the Afcon finals and were beaten by Egypt with a late goal.