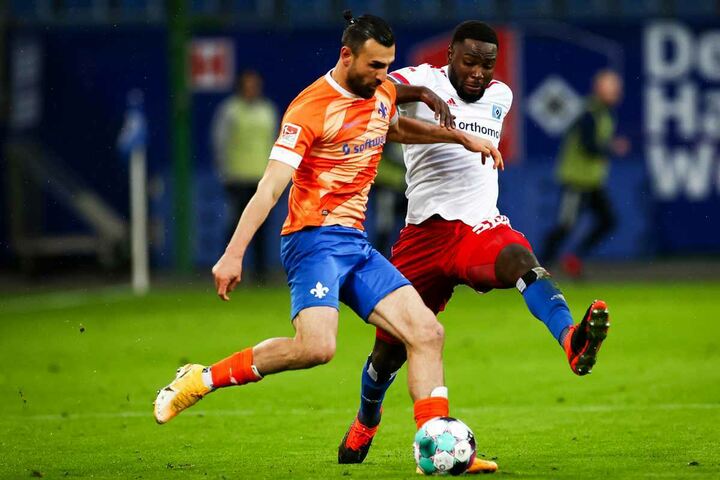 The defender, who switched nationalities to play for Ghana in June, is eager to join a new club to get more play time.

Ambrosius has struggled to get play time since returning from injury and it looks like he has fallen out of favour.

However, German second-tier side Karlsruher SC have shown interest in Ghanaian centre-back.

Ambrosius was not included in Hamburger's matchday squad for their first game of the season. The centre-back watched from the stands as Hamburger beat Braunschweig 2-0 away from home.

Karlsruher SC are set to take advantage of the situation by signing the defender in the transfer window.

The 23-year-old who was once considered a top talent is not granted a short-term future under coach Tim Walter.

The home-grown player, who came from FC St. Pauli as a 13-year-old, has been given the go-ahead for a change.

The German-born footballer, who recently committed to Ghana, wants to be included in Black Stars' 2022 World Cup squad, and he needs to be a regular at club level to do so.

In addition to more likely match practice, HSV would benefit from a reduction in Ambrosius' salary, which is estimated to be half a million euros.

Ambrosius can go on loan if a club that pays his salary in full is found. The Hamburg contract is in effect until 2024.