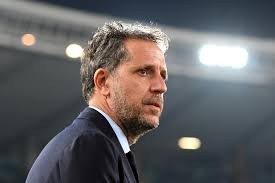 Ahead of his impending takeover of the club, Dan Friedkin reportedly wants to convince Fabio Paratici to leave his role at Juventus and become the new sporting director at Roma.

The 54-year-old American businessman signed an agreement to purchase the club from compatriot James Pallotta on Wednesday, and the Texan is expected to overhaul the board at the Giallorossi.

According to La Gazzetta dello Sport, it is unlikely that Paratici will leave Juventus at the end of the season but Friedkin has the desire to hire a director of the Bianconeri chief football officer’s calibre.

Paratici joined La Vecchia Signora from Sampdoria along with Giuseppe Marotta in 2010 as their sporting director and he became the chief football officer in November 2018 after his mentor left for Inter.

Since his arrival at the club, Juventus have won nine consecutive Serie A titles as well as four Coppa Italia trophies, and they reached the 2015 and 2017 Champions League Finals, losing to Spanish giants Barcelona and Real Madrid respectively.

Roma, meanwhile, are on the hunt for a new sporting director following the suspension of Gianluca Petrachi in June.