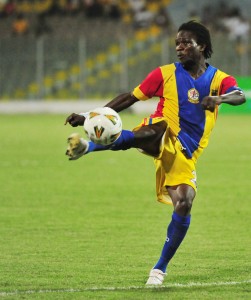 Midfielder Isaac Ofori believes he has done enough to land a regular starting role at Hearts of Oak.

The youngster excelled in his first start of the season in Sundayâ€™s goalless draw with champions Berekum Chelsea at the Accra Sports Stadium.

His industry and skill exhibited against a well-drilled Chelsea midfield caught the eye of many and wants his performance to speak for itself.

"I want to play even more when given the chance but I think my performance today is enough to convince the coach to give me more play time," he told GHANAsoccernet.com.

Ofori is one of several young players drafted into the team for this campaign and has so far not failed to impress.