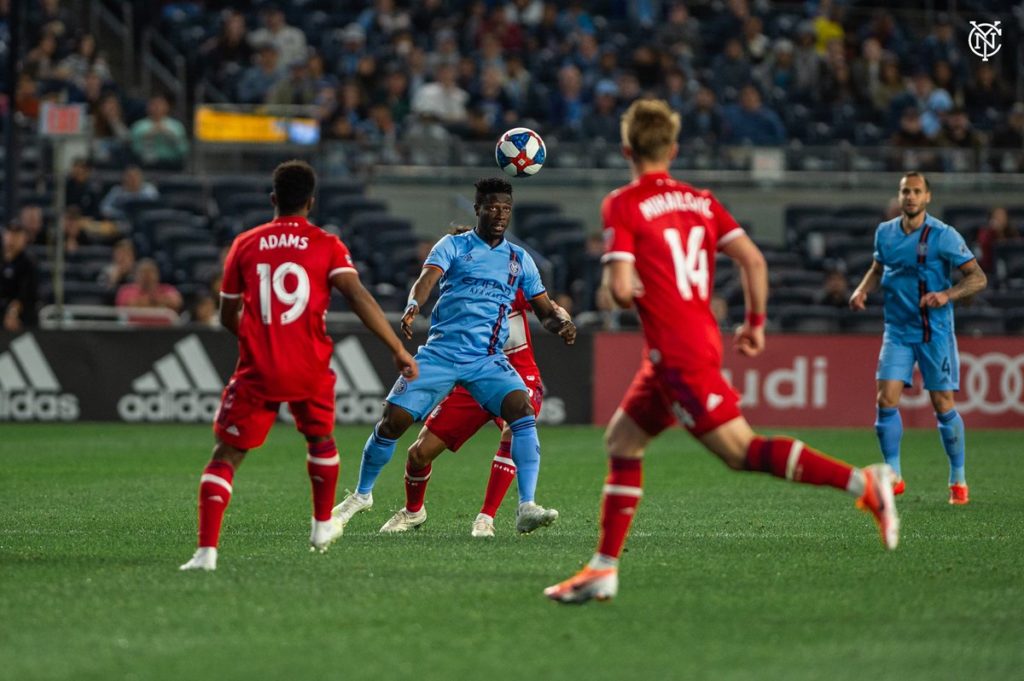 The midfielder lasted the entire duration as the Bronx based club beat their Eastern conference opponent 1-0 at the Yankee Stadium.

Ofori posted on Social Media after the game," I thank God for the victory."

The home side, NYCFC made it two wins in a row on Bronx Borough Night against the Chicago Fire.

New York City FC scored their lone goal early in the first half as Valentin Castellanos found the back of the net on an assist from Héber.

Maxi Moralez missed a late chance to double the winning margin from the penalty spot but Dome Torrent would be content with another victory which sees NYC climb above Chicago into seventh place in the East.

I thank God for the victory 🙏🏾 pic.twitter.com/r4DqAMaIab