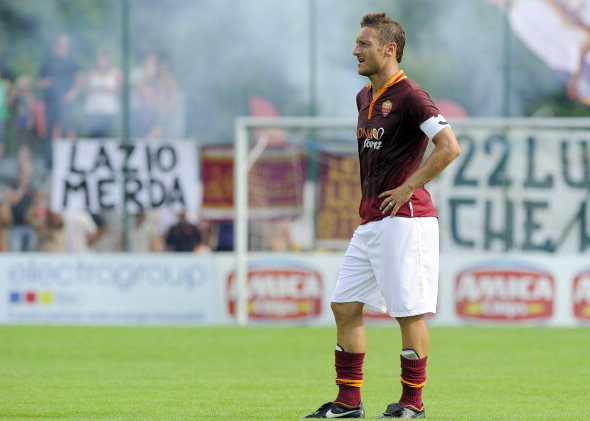 North American side New York Cosmos have reportedly confirmed their interest in signing Roma icon Francesco Totti in the summer.

Rumours have been swirling around that the Roma icon’s time at the club could be coming to an end due to his lack of game time and relationship with Giallorossi boss Luciano Spalletti, concerns which have only continued to worsen.

As reported by Sky Sport Italia, Er Pupone has been contacted by Giovanni Savarese who is the director of the NASL team over a potential move to America.

Should the move go through, the player has demanded half a million dollars over a period of four months for his services.

Totti was crucial in the Lupi’s draw against Atalanta over the weekend as he scored in the dying embers of the game to ensure the capital club remain in the hunt for Champions League football next season.