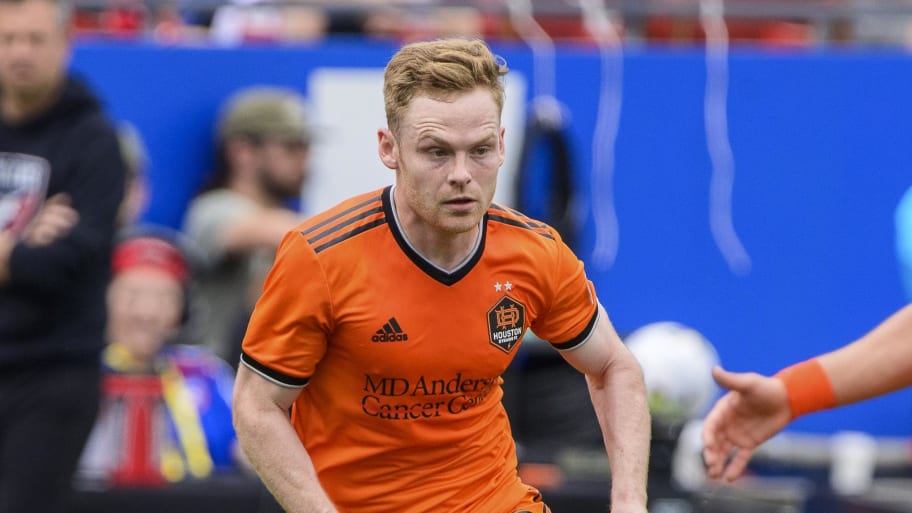 Pasher has been searching for a new club since being waived by the Houston Dynamo last week, as first revealed by 90min, ending a 39-game spell in which he scored six goals and provided three assists.

The 28-year-old found regular games hard to come by in Houston this season, starting in just five of his 17 MLS appearances - totaling 622 minutes - though he still managed two goals and an assist.

Pasher's deal with the Dynamo was due to run through the end of the 2022 MLS season having signed a 12-month extension in December 2021.

However, sources tell 90min Pasher will instead sign for the Red Bulls until the end of the season, with Gerhard Struber's side fighting off initial competition from the Seattle Sounders for his signature.

The Red Bulls are somewhat short of out-and-out wingers with Lewis Morgan the only true wideman on Struber's roster. Pasher will offer RBNY another option in that position, while he can also play as a wing-back, with Struber preferring a 3-4-2-1 formation this season.

90min understands Pasher is hoping to use this move to Red Bull Arena to increase his chances of adding to his two senior caps for Canada and make John Herdman's roster for the 2022 World Cup.