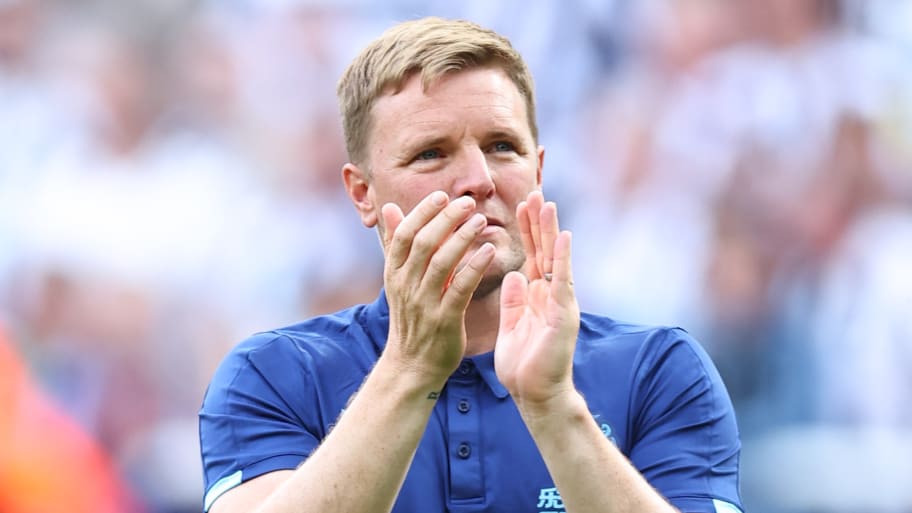 Newcastle United’s progress has been remarkable since Eddie Howe took charge. From favourites for relegation to one of the form teams in England last season, he completely transformed the club's fortunes in a matter of months.

The Magpies have already backed him throughout his tenure but they can’t afford to stop now.

Newcastle have done the right thing by rewarding Howe with a new long-term deal, and they have to give him the backing on the pitch, beyond what they already have.

Before the game with Nottingham Forest, director of football Dan Ashworth did a walk through of the media lounge introducing himself – all is good at St James’ Park this Saturday evening, backed up by their opening day win. Newcastle came into the weekend’s win with a horrendous record in the last decade winning two, drawing one and losing seven of their curtain raisers.

The win over Forest was not a classic but Newcastle were dominate with over 60% possession and the visitors did not have a shot on target. But only 10 shots on target for Newcastle came from their dominance and tells some of the real issues that remain for Howe.

He started with Allan Saint-Maximin and Miguel Almiron, but are they good enough? That all depends on Newcastle’s ambitions but clearly they are the major weak point in this side.

After beating Forest, Howe confirmed his happiness with the players at his disposal but also admitted something is missing. He knows what is lacking – the club's interest in the likes of Moussa Diaby, James Maddison and Jack Harrison indicates just what he wants.

“I don’t think anything changes anything from my view [after this performance], my squad is excellent and I would love to add some quality to that," he said.

That is key. Howe wants ‘quality’ and that is the message to the club's hierarchy. They did that in January with Bruno Guimaraes - already Newcastle's best player and the boss was singing his praises after Saturday's win - pointing out what a brilliant job he did 'clamping down' on Forest's big name signing Jesse Lingard.

Lingard's underwhelming performance was also a good pointer for Newcastle as it is all about quality not quantity for them at this stage.

Lingard truly flattered to deceive on a day when Forest needed him and Newcastle, who were one of the teams who refused to meet his wage demands when he was a free agent in the summer, might think they were better off looking elsewhere.

Newcastle now have a huge few weeks to get it right before the transfer window closes on 1 September and really give Howe the ammunition he needs to challenge as high up the table as possible. If they do, it could be a very special season on Tyneside.

This article was originally published on 90min as Newcastle need to continue backing Eddie Howe & give him extra quality.