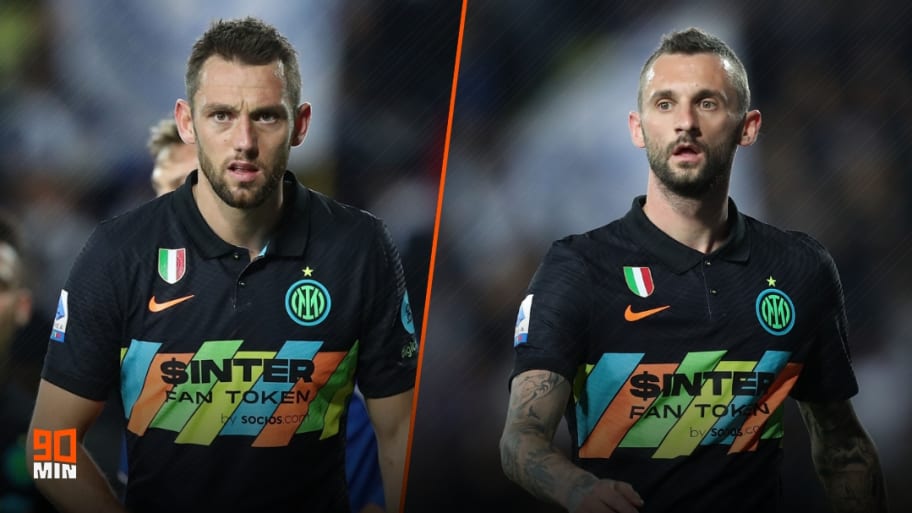 Newcastle United are one of many Premier League sides who have been offered the chance to sign Inter duo Stefan de Vrij and Marcelo Brozovic.

The new owners at St James' Park have been identifying potential transfer targets ahead of their first window in charge, with the Magpies eyeing players of sufficient calibre to help steer them away from the Premier League relegation zone.

Scouts have been watching a number of games across Europe and Newcastle officials are understood to have identified Serie A as a good market to target.

A new centre-back is high on new manager Eddie Howe's wish list, and sources have confirmed to 90min that Newcastle have been offered the chance to sign Netherlands international De Vrij - as well as his Inter teammate Brozovic, who operates in central midfield.

Both players are approaching the ends of their contracts - De Vrij's deal ends in 2023 and Brozovic's next summer - and should be available for relatively modest fees, although both of their wage demands are likely to be high.

One potential stumbling block for Newcastle is that a number of Premier League clubs have received the same proposal from intermediaries, and De Vrij is also courting interest from Everton and Tottenham, the latter of whom are led by former Inter boss Antonio Conte.

The 29-year-old may relish linking up with Conte after winning Serie A with him last season, while there's also the bonus of not being embroiled in a relegation battle.

As for Brozovic, his situation is slightly more complicated. Inter are working on a contract extension and really don't want to lose him, but with talks dragging on, interested parties from around Europe are sitting up and taking notice - knowing they could potentially land the Croatian international for free in the summer or in January if the Nerazzurri opt to cash in.

Nevertheless, Newcastle will explore the possibility of signing both ahead as they bid to retain their Premier League status. They are yet to win a Premier League game this season, and have picked up just five points from their opening 11 matches.