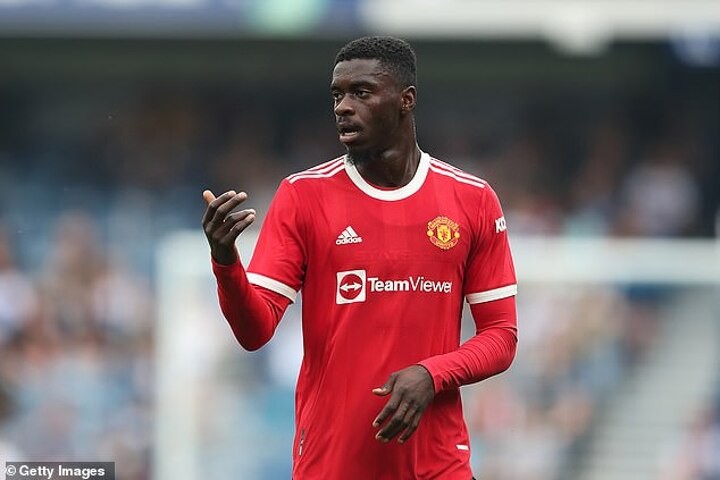 Newcastle are reportedly keen on signing Manchester United defender Axel Tuanzebe with Steve Bruce desperate to strengthen his squad before the start of the new season.

The Magpies, who finished 12th in the 2020-2021 campaign, are yet to bring in any new faces with the club still waiting on a decision from Arsenal over their approach for Joe Willock.

But Tuanzebe could become their first summer signing, according to The Telegraph.

United are edging closer to a deal for Real Madrid centre back Raphael Varane, which would see Tuanzebe fall further down the pecking order at Old Trafford.

The defender played under Bruce during two separate loan spells with Aston Villa and the report claims both a loan and a permanent deal have been discussed between the two clubs.

The 23-year-old was on the periphary of United's first-team squad last season, with just four starts in the Premier League and a further five in all comeptitions.

Willock has returned to pre-season training with Arsenal and featured in their 2-2 draw with Rangers on July 17.

Newcastle remain hopeful of signing the midfielder but Bruce admitted that Arsenal need to give them an answer soon.

'Of course we want him back, he did great with us and gives us another dimension in midfield that we haven't got,' Bruce said after his side beat Doncaster Rovers 3-2 in a friendly last Friday.

'We'll keep bashing away at it.'

Willock played a crucial role in helping the Magpies move away from the relegation battle with eight goals in 14 Premier League appearances after joining on loan in January.

The club's hopes of a deal for Willock have been boosted by Arsenal signing Belgian midfielder Albert Sambi Lokonga from Anderlecht and Emile Smith Rowe signing a long-term deal. But Bruce wants a firm answer.

'With Arsenal, what are they going to do?' he added.

'They've brought in two midfield players. That's our starting point, with Joe, because let's be fair, he had an unbelievable three or four months with us. But there has to be a time where we know – is it going to be yes or no?