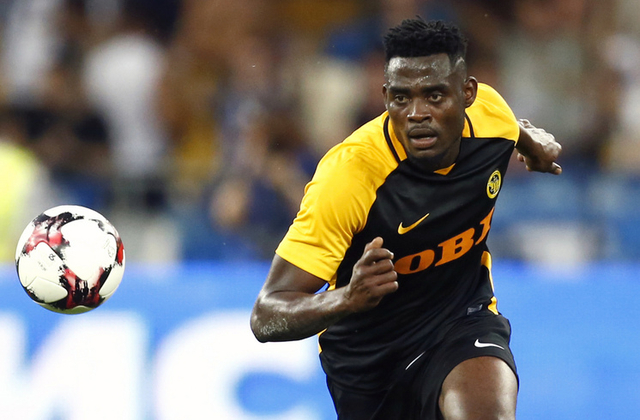 English Premier League side Newcastle United have made a big progress in their bid to capture Ghana defender Kasim Nuhu for £8m.

The 22-year-old, who has been an outstanding performer for Swiss side Young Boys, was pivotal which has attracted attention from some of the top sides in Europe.

Footballghana.com sources close to the player indicate that talks his agents have opened talks with Young Boys over the potential move for the player in the summer.

According to the sources, Newcastle United are high on the agenda of the agents who are seeking a move for the player where he would be more visible.

The Premier League continues to be an attractive destination for Ghanaian footballers thanks to its popularity in the West African.

However the Magpies will face a tough challenge in signing the player with clubs in Spain, Italy and France keen on signing the tall centre-back.

Newcastle lacked defensive depth and are in serious need of new signings, with the new English Premier League season set to start in July.

Tottenham also appear to be keen on Nuhu and most recently to Huddersfield.

It’s believed that a fee worth around £8m would persuade Young Booys to offload their promising defender.

The Ghana international joined Young Boys from Mallorca in 2016, but went back on loan to the Spanish team in 2016/17 before returning to Switzerland and impressing this term.