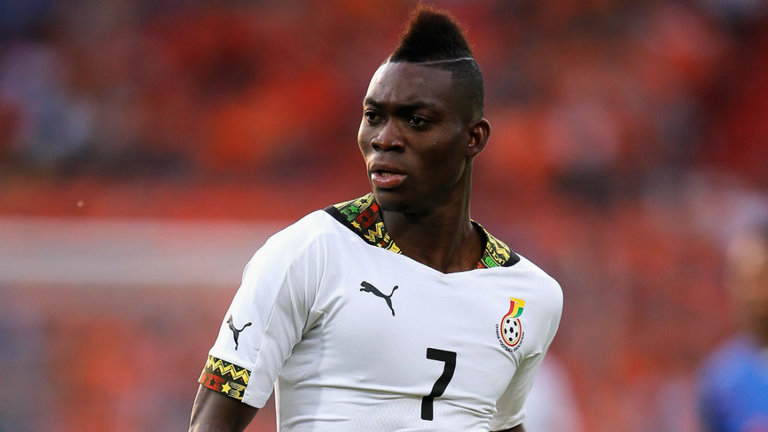 The Magpies winger was due to captain the Black Stars side for the match in Kampala on Saturday.

However the decision by Newcastle United to withdraw him has cost him the opportunity to wear the armband when Ghana face Uganda on Saturday in a penultimate 2018 FIFA World Cup qualifier.

With several senior players absent for the Group E clash, Kwesi Appiah would have chosen him as the leader on the pitch.

Atsu is regarded as the most experienced player in the 22-man squad assembled for the task ahead.

Captain Asamoah Gyan withdrew from the squad due to injury and his deputy Andre Ayew was not called up.

Columbus Crew defender Harrison Afful, who captained the team in last month's 5-1 win at Congo, has been ruled out because of injury.

His clubmate Jonathan Mensah, another senior player, could not travel to Kenya to join the team after picking up an ankle injury.

The mantle would have then fallen on Atsu but with his absence coach Appiah has to look elsewhere for his captain for the match.