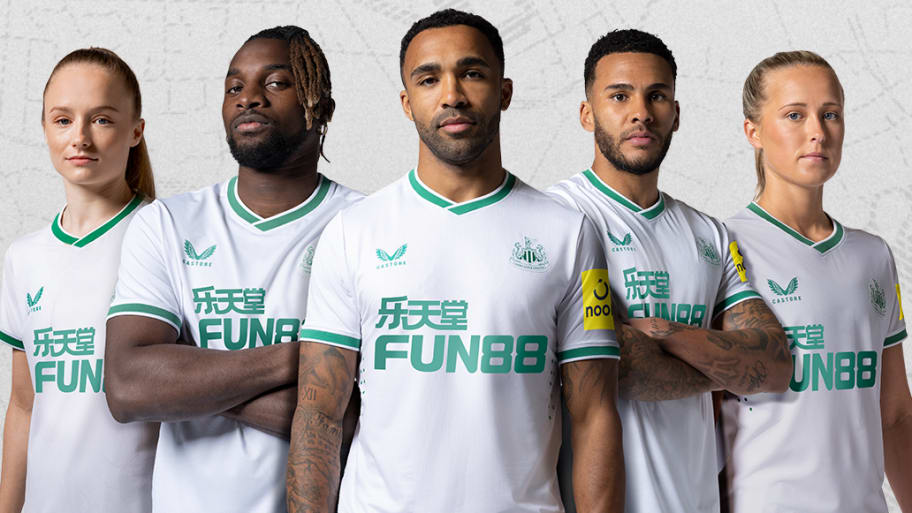 Newcastle United have unveiled their controversial third kit for the 2022/23 season.

Crafted by kit manufacturer Castore, the strip features green trim on a white base, drawing parallels with the shirts worn by the Saudi Arabia national team.

The design for the kit was first leaked earlier in 2022 and Newcastle came in for criticism for playing up their links to the state.

The Magpies came under the majority ownership of the Saudi Arabia Public Investment Fund late in 2021 - a decision called into question due to the nation's appalling human rights record.

A club statement accompanying the release of this new kit reads: "Closely following the unveiling of its classic black and white home kit for the new campaign, the club has revealed a white and green third kit, designed by the premium British sportswear brand, that will be worn on the road.

"The Magpies’ kits are expertly crafted with Castore’s blend of high-stretch fabrics, offering an
outstanding fit and freedom of movement for players and supporters alike.

"The ‘Pro’ edition, worn by the players, features a range of technological advancements, with
exceptional materials and laser-cut ventilation to enhance performance on the pitch."

This article was originally published on 90min as Newcastle United unveil third kit for 2022/23 season.