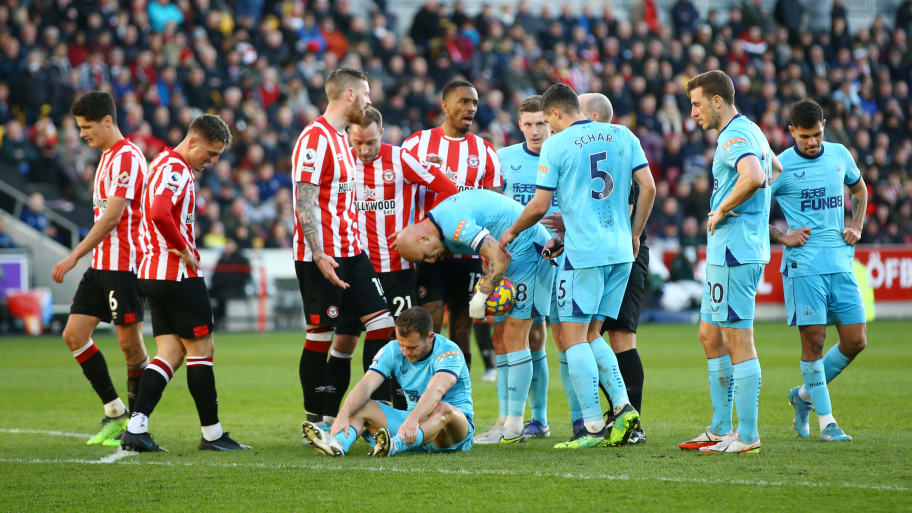 The two clubs are separated by more than 250 miles but only one Premier League point eight games into the campaign.

Eddie Howe's side earned their first victory since the opening weekend of the season last Saturday, comfortably overcoming Fulham's ten men. Brentford couldn't eke out three points against another newly promoted outfit, settling for a share of the spoils against Bournemouth and their first clean sheet on the road in 20 matches.

Here's everything you need to know about the upcoming meeting between this pair.

Where are Newcastle vs Brentford playing?

Where can you watch Newcastle vs Brentford in the UK?

Where can you watch Newcastle vs Brentford in The United States?

Where can you watch Newcastle vs Brentford in Canada?

Where can you watch Newcastle vs Brentford Highlights?

Allan Saint-Maximin trained the day before Newcastle travelled to Fulham last weekend but Howe opted against reintroducing the Frenchman because he wasn't "fit enough to do himself and the team justice". After another week of training, Saint-Maximin is expected to play some role in the squad this Saturday.

Jonjo Shelvey and summer arrival Alexander Isak have both returned to running on grass but the pair aren't likely to feature as soon as this weekend. Emil Krafth has several months to go before recovering from an ACL injury while Matt Ritchie (calf) and Karl Darlow (ankle) are also unavailable.

Club captain Pontus Jansson limped off with a hamstring strain during Brentford's goalless stalemate against Bournemouth last weekend. Fellow centre-back Ethan Pinnock is inching towards a return but Christian Norgaard isn't expected to recover his place in midfield until the end of October while waylaid with Achilles tendonitis.

Keane Lewis-Potter is also a doubt after suffering a ligament injury.

Newcastle have only ever lost once at home to Brentford, falling to a thumping 5-2 defeat at St James' Park in the second tier in September 1934.

The 1930s is also the most recent decade in which Brentford recorded consecutive top-flight clean sheets away from home (1937-38). The Bees may not break either eye-watering drought this weekend in what has the potential to be an entertaining affair.

This article was originally published on 90min as Newcastle vs Brentford: How to watch on TV live stream, team news, lineups & prediction.