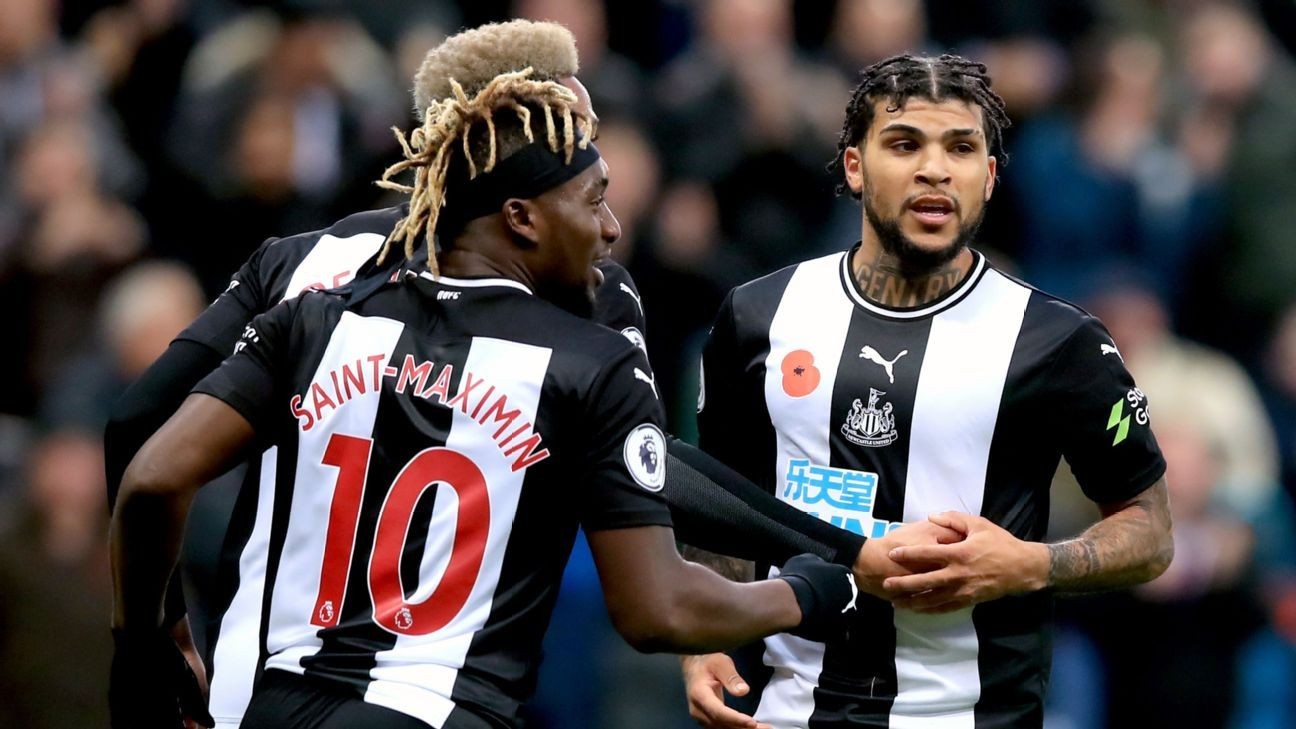 Goals from DeAndre Yedlin and Ciaran Clark helped Newcastle United recover from a goal down to beat Bournemouth 2-1 at St James's Park on Saturday and secure back-to-back victories in this season's Premier League.

Bournemouth went ahead in the 14th minute with a brilliantly-worked corner as Harry Wilson made a looping run from the back post before hammering an unstoppable shot low to the keeper's right.

Newcastle lost their captain and defensive lynchpin Jamaal Lascelles to injury shortly afterwards, but the home side began to create decent chances as they battled their way back into the game.

Still yet to score for Newcastle, winger Allan Saint-Maximin hit the crossbar before his side levelled when his next shot was deflected into the path of Yedlin, who came steaming in at the far post to head home just before the break.

Better known for his heading prowess, Irish international Clark let his feet do the talking seven minutes into the second half as he scuffed the ball home for his second goal in two games to put his side ahead.

Newcastle weathered a late storm to hang on for a win that lifts them to 11th place in the table on 15 points after 12 games, while Bournemouth are a point ahead of them in 12th position.