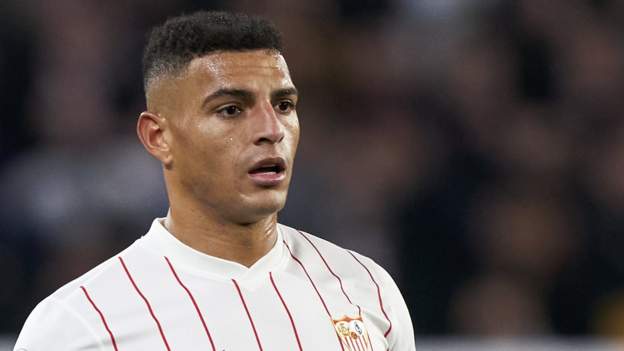 Newcastle's offer for defender Diego Carlos was "good and respectable" but it was not the right time, says Sevilla's director of football, Monchi.

The 28-year-old won the 2020 Europa League with Sevilla and gold at the Tokyo Olympics with Brazil last summer.

But Newcastle's reported bid of £30m fell short of the La Liga side's asking price, given the little time they have to find a replacement in January.

"Our board, our management team, felt that it wasn't enough," said Monchi.

"It is true that maybe it wasn't the right time; it is a difficult market to find a replacement for a player like Diego Carlos and it is a market which takes place over a very short period of time.

"So maybe if that offer came along or will come along in the summer, well, things will have changed."

Sevilla are currently in the race for a first La Liga title since 1945-46, sitting four points behind leaders Real Madrid.

They have taken Manchester United striker Anthony Martial on loan until the end of the season and will seemingly now also be keeping hold of Diego Carlos.

"The offer was a very good offer, very respectable, not at the best possible time," added Monchi.

"I was talking to him this morning and he is happy, because at the end of the day he is staying here at his club - a club that really wanted him.

"If he was angry then maybe he would have changed his opinion but no, he seems quite happy."