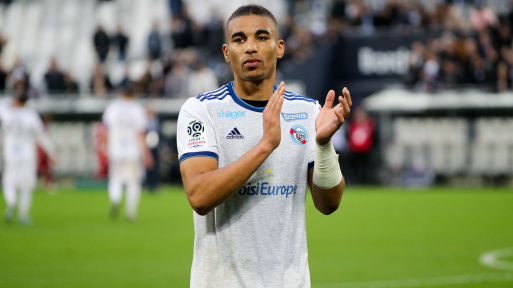 The French-born Ghanaian guardsman quickly established himself at the club, scoring 1 goal in 25 league games before the campaign was truncated due to the coronavirus crisis.

The defender has caught the attention of several European sides with his tenacious and distinctive work rate.

Now Cádiz CF, who booked their Spanish La Liga ticket last week, have set their sights on snapping him up this summer, according to their newly-elected president Quique Pina.

"I tried to bring in Alexander Djiku, it's a file I'm still working on. There is also Ibrahim Sangaré, Samuel Grandsir ... I am talking about players who have the possibility of coming on loan, because these are players that cannot be bought. If the clubs are smart they can understand that a loan of a year or two in Spain can be good for them, and for the player. All the players I attracted from France have never said no to Spanish football. I think the French player looks favorably on Spanish football. All the factors make it easy for us to attract them.”