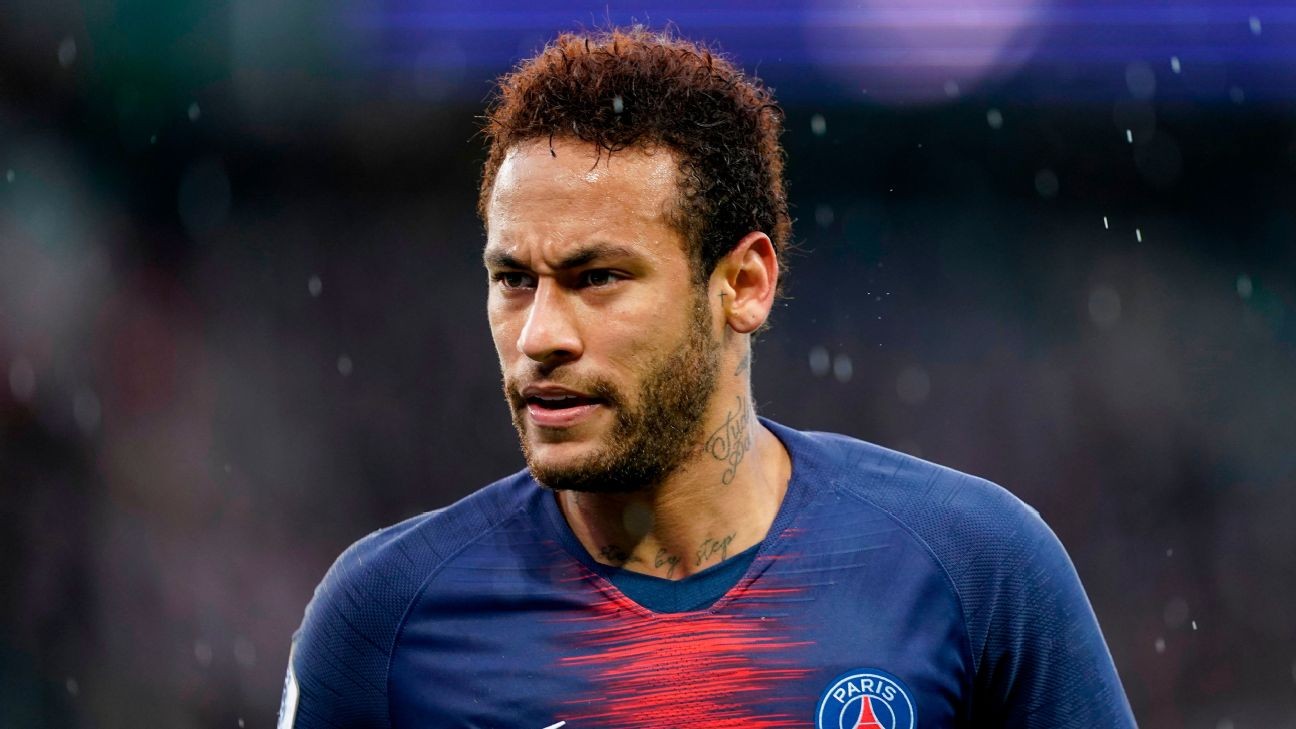 ESPN FC's Ligue 1 correspondent Julien Laurens examines the reports that Adrien Rabiot is headed to Juve on a free, while Leonardo Bonucci departs for PSG.

Julien Laurens discusses the race for Matthijs de Ligt as Juventus have reportedly swooped in to challenge PSG for the 19-year-old Ajax defender.

ESPN FC's La Liga correspondent Sid Lowe delves into the intricacies of player-swap deals and why they've become increasingly difficult to pull off.

ESPN FC's Julien Laurens explains why a return to Barcelona would make the most sense for Neymar, should he decide to leave PSG this summer.

La Liga president Javier Tebas has said he does not want Neymar to play for a Spanish club because his behaviour off the field is "not good for the competition."

The Brazil international left Barcelona two years ago to sign for Paris Saint-Germain in a world-record €222 million transfer and is reportedly keen to rejoin the Spanish champions this summer.

"We are always interested in having great players and coaches in La Liga, the more the merrier for the competition," Tebas told Onda Cero radio. "With regards to Neymar, in my opinion, the behaviour off the pitch doesn't seem very adequate, it's not good for the competition."

Neymar, 27, was handed a three-match suspension after punching a Rennes supporter in the aftermath of his side's Coupe de France final defeat in May.

"In the end, the story [that comes out] is that this player from this given team is this or does this or that," Tebas said. "We have worked very hard on La Liga's image, [the] values, and we want to maintain that."

Tebas and La Liga attempted to block Neymar's transfer to PSG in August 2017, claiming that the French club's bid of €222m was in breach of financial fair play rules.

Neymar did move to France and Tebas said at the time at the time the player's departure had an effect on La Liga.

Neymar helped Barca win one Champions League, two La Liga titles and three Copa del Rey trophies as well as a FIFA Club World Cup and one Spanish Super Cup during his four-year stint in Catalonia. He scored 105 goals and set up 76 more in 186 appearances across all competitions.

Neymar is on holiday as he recovers from a ligament ankle injury which ruled him out of the Copa America his country is hosting.

Meanwhile, Manchester City manager Pep Guardiola said he thinks Neymar is unlikely to have the same impact he had in his first stint at Barca if the he returns to Camp Nou this summer.

Guardiola, who left Barca before Neymar's arrival in 2013, told Catalan newspaper Diario Ara: "Neymar is an extraordinary player but I don't know. It's like if I returned. Would it be the same? I'm not the same person and I don't know if Neymar would be the same. Having said that, he is very good, there's no question."