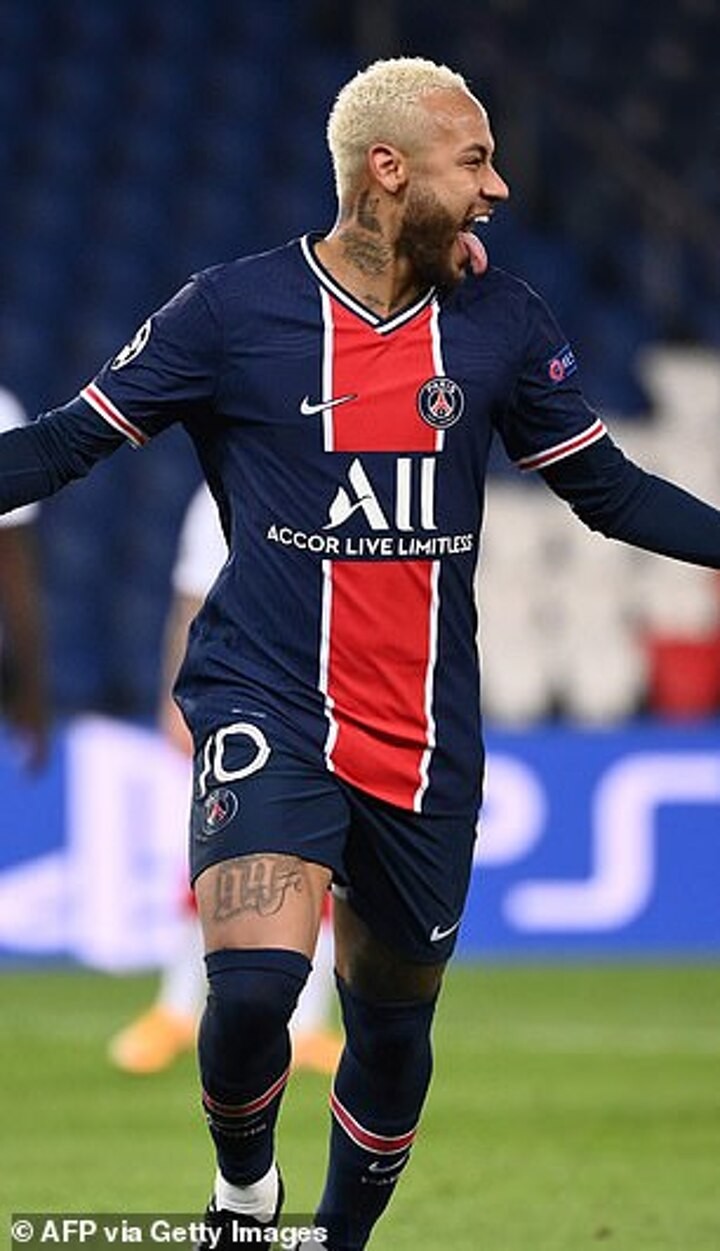 Barely a transfer window passes without Neymar or Lionel Messi hinting they want to rekindle what was once a prolific strike partnership, but the big question is not around 'if' and 'when', but rather 'where' they could reunite.

The Brazilian is the latest of the duo to try and arrange a move, with a desperate plea claiming he 'has to play' with his former Barcelona team-mate next season.

Neymar played alongside Messi from 2013 to 2017 and struck 105 goals in 186 games in a three-pronged attack alongside Luis Suarez – with the trio dubbed MSN.

Together they won LaLiga twice as well as the Champions League but neither have looked settled at their respective clubs since Neymar's world record £198million switch to Paris Saint-Germain from the Nou Camp.

With Messi out of contract next summer and attracting interest from all around Europe and even his homeland of Argentina, the duo could end up anywhere.

That includes Barca who remain desperate to keep hold of their star man.

This would look most likely of all the options available. Neymar has not settled well in the French capital but neither is he cutting a figure that is desperate to leave at all costs.

A glance at his strike rate where he has grabbed 75 goals from 96 games would leave many wondering what the fuss is all about.

The Brazilian though does appear to be slowly growing to life in the French capital and when quizzed on where he could play with Messi showed little hesitancy in replying: 'He can play in my place, I have no problem with that!'

Next on the agenda is where he fits in the team. Neymar already has a world class striker to play alongside in Kylian Mbappe but there just happens to be a vacant area for a third forward in the squad.

It is currently being kept warm by Moise Kean on loan from Everton and while they also have Mauro Icardi in their ranks, the urge for the French club to bring in Messi over the top of both would be too much to resist.

After being beaten in the Champions League final by Bayern Munich in August, they are desperate to boost their reputation further as one of the biggest clubs in Europe

Fielding a trio of Messi, Neymar and Mbappe in attack would generate huge interest and if there is one club that has the financial resources to keep them all happy it is PSG. It may also be the key to them landing Europe's biggest prize for the first time in their history.

The one sticking point could be Messi's old rival, Cristiano Ronaldo. Five Champions League wins are not quite enough for the Portuguese star and he too has been linked with a move to PSG from Juventus as the 35-year-old looks to end his career with one more major European title.

Even if the bottomless pockets of the French champions could finance a Neymar, Ronaldo, Mbappe and Messi attack - how on earth do you build a formation around that?

The next most realistic option would be for Neymar to return to Barcelona which for most of the last three years appeared to be the only way he could play with Messi again.

However an ageing squad in transition and a boardroom more akin to a dumpster fire has meant Messi would rather now leave the carnage at the Nou Camp.

So keen is the 33-year-old to depart, he spent last summer trying to wrangle his way out of a contract at the club only to be told he would have to stay at least another year.

Little has happened at the troubled Spanish giants since to suggest he would change his mind but with a new president incoming following Josep Bartomeu's resignation, there may still be a way of keeping Messi.

The Argentine, who has been with the club for 19 years, has spectacularly clashed with the board regarding managerial appointments, player recruitment and wage cuts just this year alone.

But former Barca president Joan Laporta is keen on a return to the club and his priority is to convince Messi to stay, and one way he could do that is bring Neymar back.

Despite Barca's troubles he would at the very least seriously consider a return if it meant reuniting with Messi, and it may actually be the spark Ronald Koeman's side need to become a feared side in Europe again.

They may have a perfect record after five games in the Champions League but Barca are right now a wounded animal given their LaLiga struggles this term that see them sit seventh and 10 points off Real Sociedad in the title race - albeit with a game in hand.

Barcelona's big problem is how they could bring back Neymar. They certainly don't have any spare cash lying around and they would have to raise funds by selling off a key asset.

That means possibly offloading Antoine Griezmann who has struggled out on the flank and that situation would not change should Neymar arrive. Griezmann could even be used as a player exchange for Neymar. As a French World Cup winner he would be a perfect fit at the Parc des Princes in what would be a vacant forward role.

What about Manchester or Milan?

Messi on a free transfer next summer is open season to Europe's most glamorous destinations and big clubs and you can bet Milan's finest and the bean counters in Manchester are furiously among those trying to put together a deal for the Argentine.

However you can instantly rule out AC Milan who don't appear to have the financial muscle to compete on that level yet despite their recent resurgence in Serie A.

While Manchester United could land Messi in theory, it would be practically impossible to negotiate a deal for Neymar too given their woeful failure to even agree a price with Borussia Dortmund for Jadon Sancho in the most recent window, who is only valued half as much as the Brazilian.

That leaves Inter and Man City. Laporta recently claimed Inter, under the ownership of Massimo Moratti, made an astonishing €250m bid to buy Messi from Barcelona in 2006.

While that sort of money would be enough to land the Argentine and Neymar next summer - they are funds the Italian giants no longer have (or at least willing to spend) with Moratti having long sold the club.

So could Neymar and Lionel Messi line up at Manchester City next season? With Sergio Aguero's future unclear beyond the summer of 2021, some big shoes are going to need filling at the Etihad Stadium soon.

Messi's exit plan from Barca last summer saw him heavily linked with a move to the Premier League side where he would link up again with manager Pep Guardiola, with who he won three LaLiga titles and two Champions League crowns.

Signing Messi appears to be the easy bit but given their already controversial run-ins with rivals over financial fair play rules in recent times, trying to bring in Neymar as well could prove one step too far. It's not impossible though.