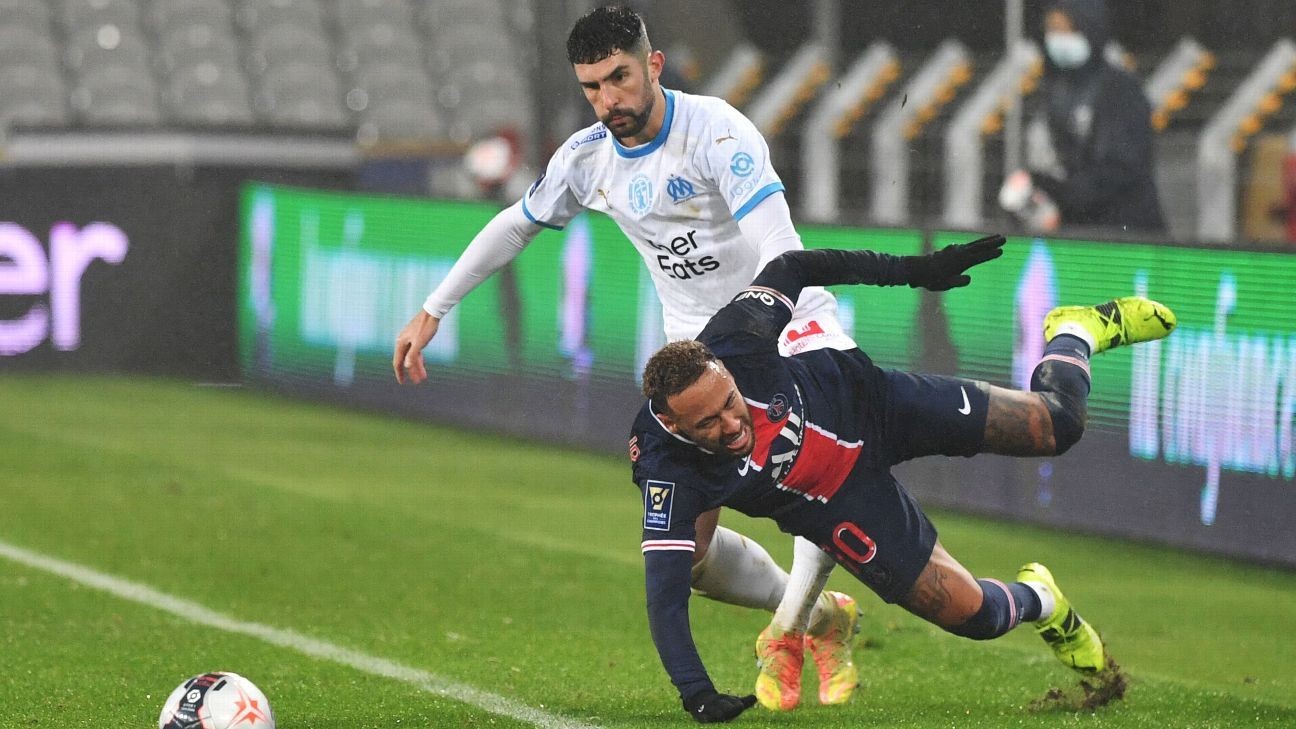 Both players exchanged heated messages on social media after Mauricio Pochettino picked up the first trophy of his managerial career as PSG secured a 2-1 win over their fierce rivals in Lens.

The two players had made headlines back in September when Neymar accused Gonzalez of directing a racist slur at him during a league game.

The Spaniard vehemently denied the incident, claiming Neymar needed to learn how to lose, and was cleared of any wrongdoing by the French league disciplinary committee.

Gonzalez later revealed that he had received death threats and said someone like Neymar does not deserve his "respect or gaze."

Neymar, who scored PSG's second of the night, stoked the fires of animosity when he tweeted a photograph in which he is seen celebrating with the message: "King, Alvaro, right?"

Gonzalez, who fouled Neymar several times during the encounter, replied by posting a photograph in which he is seen to be grabbing Neymar during the final and wrote: "My parents always taught me to take out the trash."

The Brazilian responded: "And you forgot how to win TITLES."

Gonzalez then reminded Neymar who the true king is by posting a photograph of Brazil legend Pele, who is nicknamed "The King," holding three World Cup trophies with the message: "The eternal shadow of the king."

Neymar, who claims Gonzalez just wants to make a name for himself at his expense, replied at 4:49 a.m.: "And yours mine [shadow]. It made you famous... you are welcome, you star."

It will not be long before Neymar and Gonzalez face each other again with Marseille hosting PSG in Ligue 1 on Feb. 7.