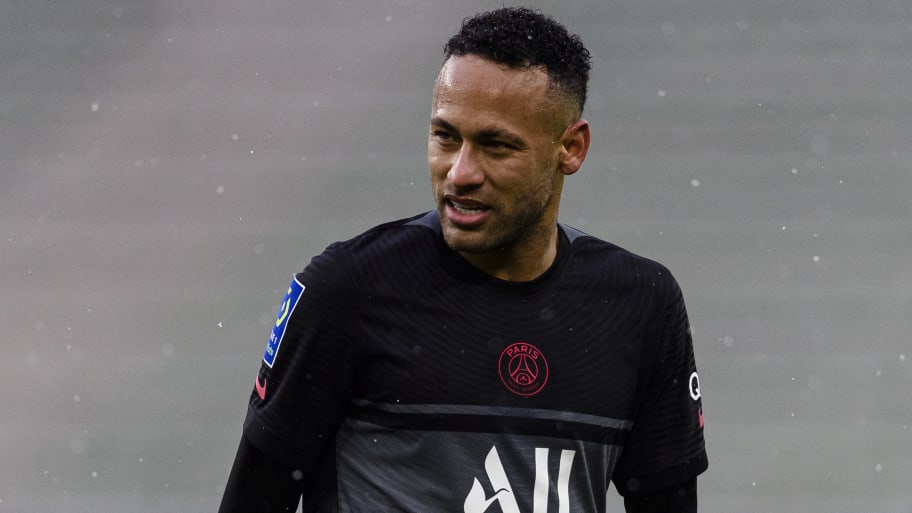 Paris Saint-Germain have confirmed that Neymar will be out for at least six weeks after suffering a nasty ankle injury during the weekend's 3-1 victory over Saint-Etienne.

During the dying embers of the game, Neymar was challenged by Yvann Macon and landed on the Saint-Etienne man's foot as he came down, forcing his ankle to turn horribly and leaving him writhing in pain on the floor.

He was stretchered off and left the stadium on crutches, and PSG have now confirmed the severity of the damage to Neymar's ankle.

"The tests carried out last night confirmed that Neymar Jr has suffered a sprained left ankle with ligament damage," a statement read. "An unavailability of six to eight weeks is to be expected.

"A fresh examination will be held in 72 hours to monitor the evolution."

That means Neymar could miss no fewer than seven Ligue 1 games, including Wednesday's clash with Nice and a meeting with Lyon on January 9. Whether he'll be back for February's visit from Lille remains to be seen.

Neymar will also miss PSG's final Champions League group stage game against Club Brugge in December, but he'll hope to make it back in time for the round of 16, which gets underway midway through February.

“Unfortunately, these setbacks are part of an athlete's life," Neymar said before the official announcement. "Now that's what you have, lift your head and let's go. I'll come back better and stronger.”

Fortunately for Mauricio Pochettino, he has an embarrassment of riches in attack which should allow him to cope without Neymar for the coming weeks.

Kylian Mbappe can be shifted out to Neymar's left wing, particularly as Mauro Icardi is due to return to training on Tuesday. Lionel Messi and Angel Di Maria can complete the blockbuster forward line.

This article was originally published on 90min as Neymar ruled out for 6-8 weeks with ankle injury.