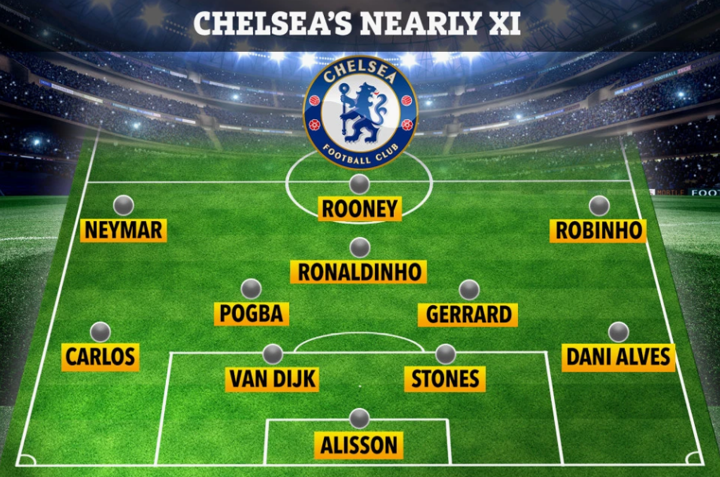 Since the arrival of Roman Abramovich in 2003, Chelsea have hardly struggled to attract big name stars.

The Russian has poured millions into his beloved Blues, particularly in his earlier years with the club.

He quickly set his stall out in his first few seasons at the helm by bringing the likes of Arjen Robben, Claude Makelele and Didier Drogba to West London, not to mention highly-rated young Porto coach Jose Mourinho...

And while Chelsea have hardly struggled for trophies in the following years, scooping five league titles, five FA Cups and a crowning Champions League triumph, it is astonishing to think that they could have had even more.

Yes, the Blues were within touching distance of signing a whole host of other superstars, and here is an XI of those that could have brought yet more silverware to the already overflowing Stamford Bridge trophy cabinet.