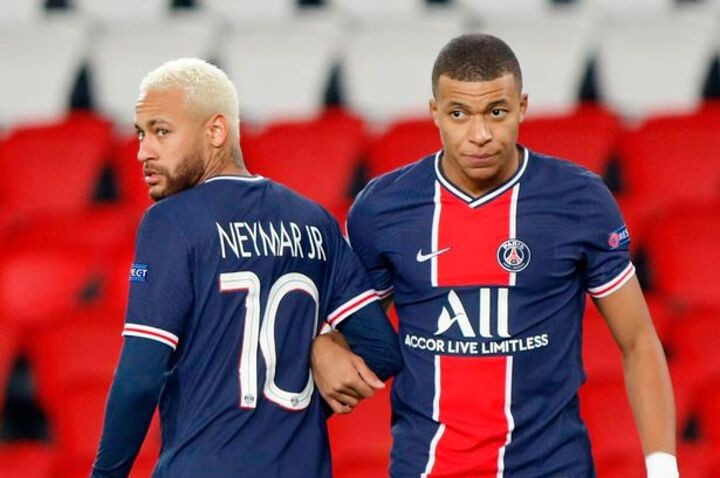 Both Brazilian Neymar and Frenchman Mbappe have one year remaining on their contracts at Parc des Princes and have been locked in extension talks with PSG chiefs.

So far, Neymar has appeared the likelier of the two forwards to commit his future to the Ligue 1 club and is closing in on new terms, according to reports in France.

The 29-year-old is clearly hoping Mbappe follows suit and opened up on how the "very happy" 22-year-old helped him adapt to life in Paris.

"I owe a large part of my happiness at PSG to Mbappe," Neymar told France Football . "He made me learn about the French way of being.

"He has explained the French mentality to me. I owe a big part of my adaptation to him. From the beginning, I got Mbappe's way of being.

"Kylian is a very happy and kind person with everyone.

"He is a great person. He is the reason why we understood each other from day one."

Neymar also hailed his teammate's relentless desire to improve his game, adding: "I have had the opportunity to watch him train, of course.

"I have been able to observe his speed, his dribbling repertoire, his intelligence and his humility to continue to evolve. I always said he was our golden boy.

"You have to use that speed correctly and Kylian does that. He is not only intelligent and fast, he also has a huge dribbling ability."

Neymar and Mbappe will take centre stage as PSG defend their 3-2 aggregate lead in the second leg of their Champions League quarter-final with holders Bayern Munich on Tuesday night.