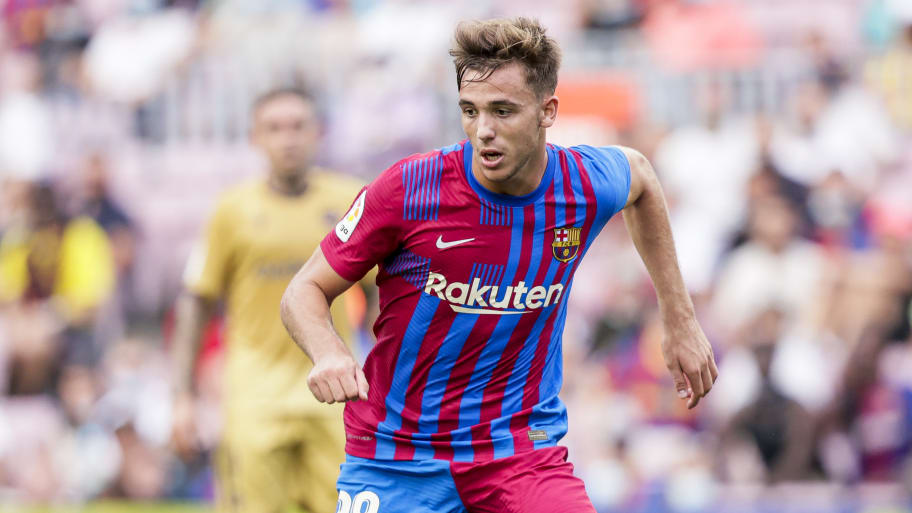 Barcelona starlet Nico Gonzalez has admitted he stumbled his way into a career in football as he wasn't particularly interested in playing when he was younger.

Alongside fellow youngster Gavi, Nico was handed his first-team debut earlier this season by Ronald Koeman and was a regular starter under both the Dutchman and interim coach Sergi Barjuan, who has since handed control of the team to Xavi.

The son of Deportivo legend Fran, Nico admitted to Mundo Deportivo that he never really wanted to follow in his father's footsteps when he was younger, only to surprisingly fall in love with the game later on.

"There are children of footballers who are already kicking a ball when they're two or three years old, but it wasn't like that for me," he said. "In fact, the first day I went to train, when I was six or seven years old, I spent the whole time crying in the car.

"I did not want to go. I ended up going because I had friends there. That was my only excuse.

"At first, when you're playing with friends, you usually see that you're good at football, but I didn't see that about myself. I was not aware of what I was achieving.

"I had offers from Barça, Real Madrid always loved me. Before I signed for Barça, I came to several tournaments, and I made friends there and wanted to join. It was a great team with players like Ansu [Fati], Eric [Garcia], Take [Kubo], Guille Amor, and later Adrian Bernabe."

Of that group, Fati and Garcia remain core parts of the Barcelona setup, and Nico confessed that playing alongside some long-time friends has made his transition to senior football far easier.

"It helps a lot," he continued. "I was talking about this with Ansu, who was with fewer young players when he came through [to the senior side]. His adaptation was a little more difficult.

"The players are all very close and the seniors help you a lot, but having people around you that you've played with for six years makes it easier for you.

"I have a lot of faith in this new generation, as well as those who were here before. It is not just about the future, but the present. Today, we can compete for everything and I think we will prove that."

This article was originally published on 90min as Nico Gonzalez admits he didn't want to be a footballer.