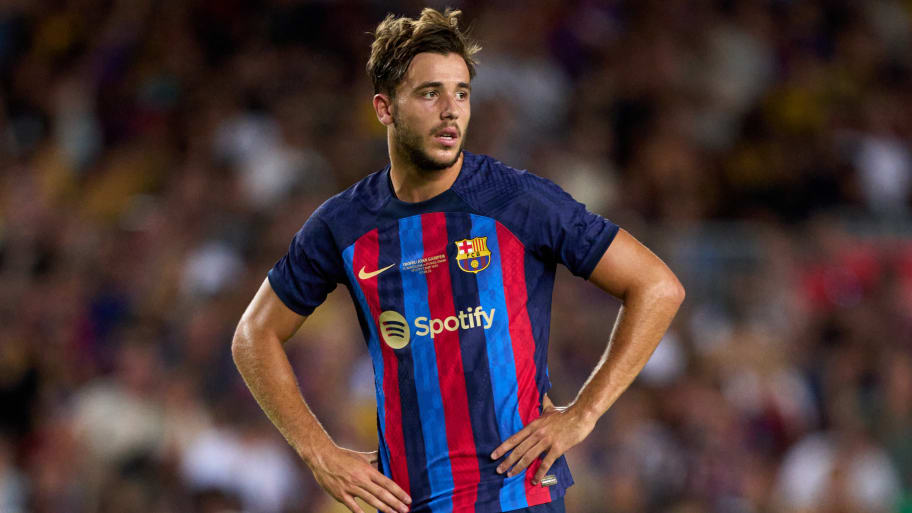 Barcelona have confirmed that young midfielder Nico Gonzalez has signed a new contract at Camp Nou and will spend the upcoming La Liga season on loan with Valencia.

The 20-year-old La Masia graduate, whose previous contract had two years left to run, started 12 times in La Liga last season but saw his chances of minutes tumble this summer following the arrival of Franck Kessie and the return of Miralem Pjanic.

As a result of the competition, Nico has been sent out on loan to Valencia for the coming season, but not before signing a new four-year contract to tie himself to the Blaugrana until 2026.

Manager Xavi recently confessed that he actually wanted to keep Nico around with Barcelona for the 2022/23 campaign but the youngster kept pushing for the chance to see regular minutes out on loan with Valencia.

"[Nico] came to me three weeks ago," Xavi revealed. "I insisted that he continue because he would have minutes. I like Nico.

"But a few days ago he came back and told me that there was a team where he would play. He has been brave and is going to Valencia.

"I hope he comes back more mature because it must be important for the future of Barca. For the midfield we have [Sergio] Busquets, [Miralem] Pjanic, Kessie, Frenkie [de Jong], Sergi Roberto, and even [Andreas] Christensen, who can play there."

This article was originally published on 90min as Nico Gonzalez joins Valencia on loan from Barcelona.