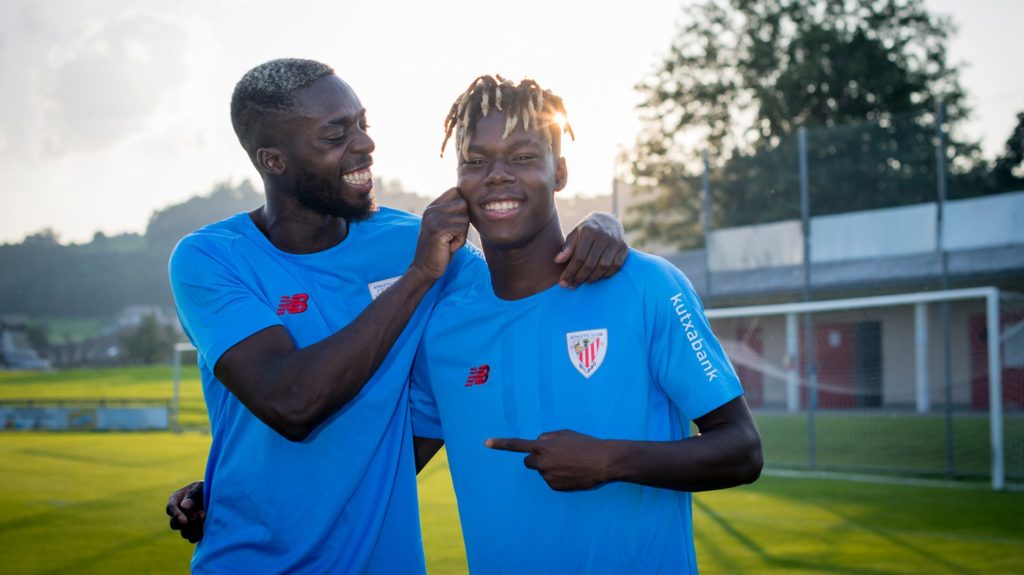 Nico Williams has admitted he is struggling to adapt alone in the Spanish national team without his brother Inaki Williams.

The 20-year-old has been called up by Spain coach Luis Enrique for the upcoming games in the UEFA Nations League against Switzerland and Portugal.

Nico is currently without his senior brother Inaki who has joined Ghana’s camp for the upcoming international friendlies against Brazil and Nicaragua.

According to Nico, he is trying to get along alone without his brother in the Spanish national team camp. He disclosed how important Inaki’s presence has been to his football career.

“Not having my brother is difficult, because at Athletic we get along very well, also with our teammates. He gives me advice and here I have to push harder to be alone and think more about myself, about what I have to do.

“Yes, it's like when you leave home and leave your parents. It's more of the same, you mature and grow as a person and a player.

“Having a footballer brother helps you see what you have to do and what not. When you grow up and go up to the first team you make mistakes of a kid, of youth. Having my brother there helps me not to make those mistakes and to be a little more mature.

Spain coach Luis Enrique has dismissed the notion that Nico Williams has been called up to prevent him from playing for the Black Stars.

Ghanaians were hoping Nico would switch nationality and play for Ghana after the West African brother landed his brother Inaki Williams earlier this year.

Inaki debuted for La Roja in 2016, after previously representing Spain's U-18 and U-21 teams.

Enrique revealed his decision to call up Nico in an interview ahead of the friendlies while rejecting claims that he was attempting to stymie a possible move to Ghana.

“I’m not doing this to stop from him going with Ghana; he’s young and a very interesting player,” he said as quoted by the Guardian.

“He’s playing more often with Athletic now. He’s progressing wonderfully. I like him enormously. We’ve had him in the junior squad and have been following him for a long time. I reckon the family will be delighted: imagine the party if they both go to the World Cup. And they reach the final, well, that would be the absolute business.”