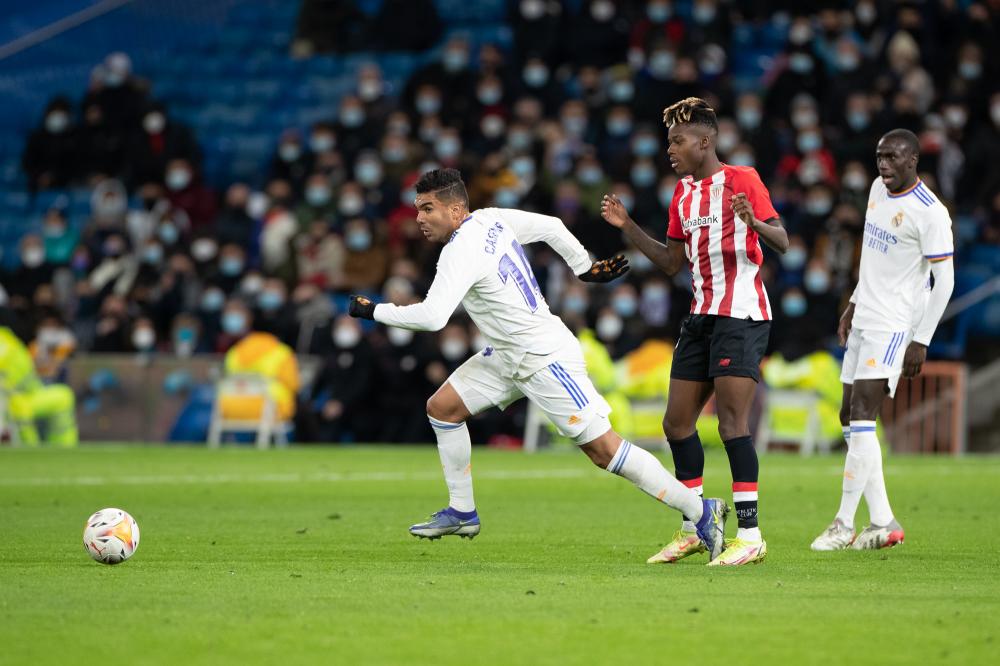 Nico Williams is one of the great novelties of the last list of Luis Enrique with Spain. The Athletic Club player has been called for the first time at the age of 20, and in an interview, he has left details that Real Madrid fans will like. Mundo Deportivo has asked him several quick questions, in two of them, the Spanish right winger has recognized his respect for the merengue club.

THE MADRIDISTA SIDE OF WILLIAMS

When asked about the most difficult rival, he replied: " Ferland Mendy ". The young 'puppy' raised in Lezama is already in the prime of Athletic's first team, where he has had to suffer having to face one of the most powerful left-backs in the world, the Real Madrid defender.

But it did not stay there. The journalist then asked him about a childhood idol, and Nico replied... with another Madridista! " Christian Ronaldo" . Back then, during the footballer's childhood, Cristiano Ronaldo made history with the Real Madrid shirt. Did Nico Williams dream of one day reaching where the Portuguese reached in his career and even, who knows, also wearing the Real Madrid shirt?

Precisely, Real Madrid seems to be looking for a player in the same position as Nico Williams. A young and attacking footballer such as Endrick or the return of Brahim Díaz or the bet of Sergio Arribas or another youth squad like Peter Fedrico. All this is due to the fact that in the summer of 2023 the departures of Marco Asensio and Mariano Díaz, and possibly that of Eden Hazard, will follow one another, except for surprise. The lack of troops will become evident and who knows if the replacement could be in LaLiga...