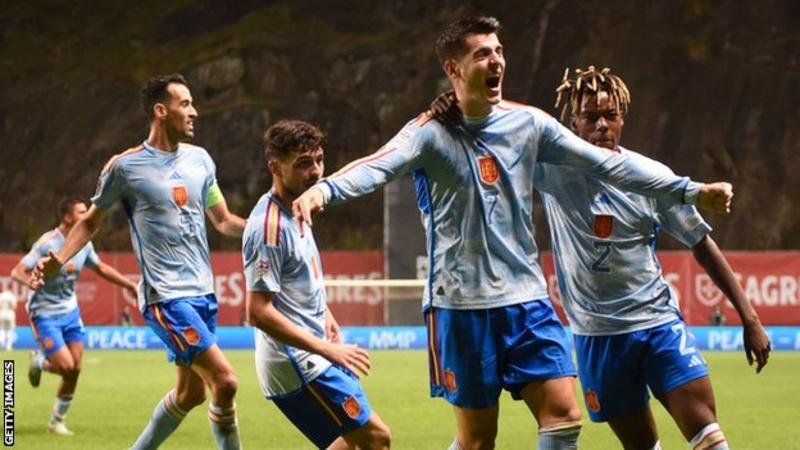 Nico, whose senior brother Inaki Williams plays for Ghana, set up the Atletico Madrid striker to score in the 88th minute from close range.

Portugal only needed a point to advance and had chances to score but Liverpool's Diogo Jota and Manchester United's Cristiano Ronaldo both missed.

Spain will be joined in June's finals by Croatia, Italy and the Netherlands, who are expected to host all the games.

Nico, 20, was on Ghana's radar, but Spain acted quickly, with manager Luis Enrique handing him his debut call-up.

He made his debut last weekend, coming on in the second-half defeat to Switzerland.  Nico made another appearance as a substitute on Tuesday and made an impression.

The Athletic Club forward is hoping to be included in Spain's squad for the World Cup in Qatar.