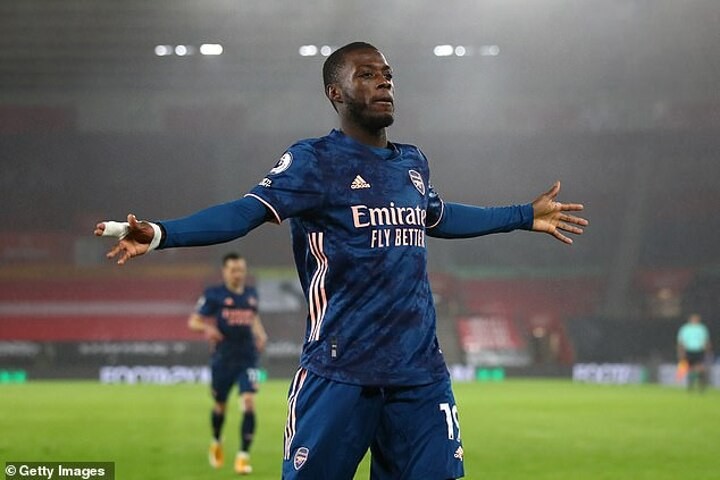 Nicolas Pepe and Alexandre Lacazette dedicated their goals in Arsenal's win at Southampton on Tuesday night to team-mate Pierre-Emerick Aubameyang.

Aubameyang missed the 3-1 Premier League win at St Mary's because of personal reasons.

Pepe and Lacazette scored Arsenal's first and third goals in the win on the south coast, which moved them up to 8th in the table.

Both of Arsenal's attackers shared messages of support to Aubameyang on social media following the victory.

Pepe posted a picture of his celebration after his early opener on Instagram with the caption: 'For my brother. @auba.'

Lacazette shared an image of him holding up both hands to signal No 14 - the number worn by Aubameyang - in celebration of his 10th goal of the season.

Aubameyang replied to both of his team-mates on Instagram: 'My men.'

Arteta spoke highly of his players who have offered their support to the 31-year-old.

He said: 'I loved how they support each other and how they protect each other. Auba is having a difficult time and we are all behind him. This win was for him.'