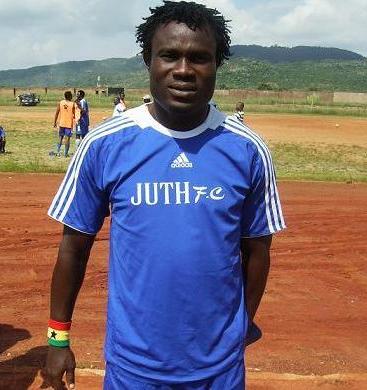 Ghanaian striker James Amankwei says he is yet to decide on his future plans after the relegation of his Nigerian top flight side Juth.

According to Supersport.com Amankwei is not interested playing in the second-tier league for a second time.

He has already been linked with former African champions Enyimba, as well as 2011 champions Dolphins.

Ambitious Warri Wolves and Heartland have also joined the race for the fan of Accra Great Olympics.

"I'm still in Accra, but I've heard several stories about the clubs that want my services for next season. It's a difficult time for me, but I need to think about my destination. I want to play at a club where I can excel," he said to SuperSport.com.

An unnamed Danish side is reported to be interested in him as well.