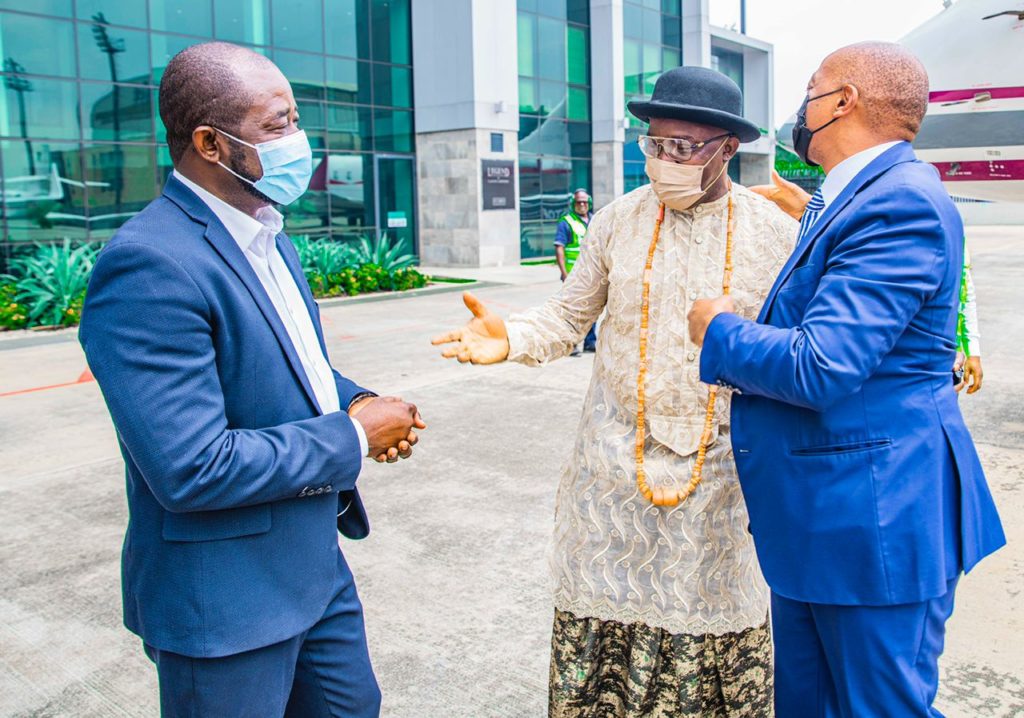 The two regional football leaders were at the Murtala International Airport to meet the South African billionaire when he arrived in the country ahead of the start of the competition this afternoon at the Mobolaji Johnson Stadium in Lagos.

Pinnick, who is also the President of the Nigeria Football Federation was joined by the WAFU B chief Okraku, who is also the Ghana FA boss, met the special guest for the opening ceremony for the inaugural women's tournament.

Several football leaders across Africa are also attending the competition meant to honour the First Lady of Nigeria, Hajia Aisha Buhari and the arrival of the leader of Africa's football governing body Motsepe will add some gravitas to the competition. 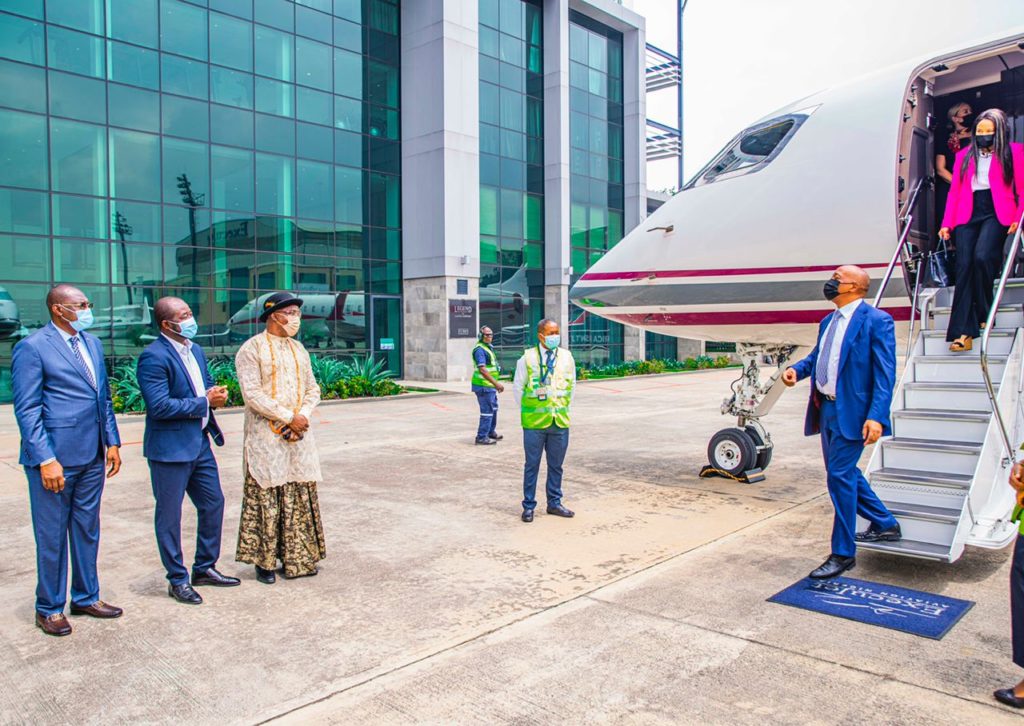 Africa FA presidents meeting Motsepe on arrival in Lagos
The Governor Sanwo-Olu of Lagos State; his wife Mrs. Sanwo-Olu, the Sport Minister of Nigeria Sunday Dare, members from the diplomatic corps senior official from the Lagos State Government, board members of the NFF and leaders of industry, and the most prominent Nigerian footballers are at hand to grace the event.

The tournament, which was held to honour the Nigerian First Lady Her Excellency Aisha Buhari, will include the hosts , Nigeria, Cameroon, Ghana, South Africa, Mali and Morocco.

The tournament is meant to be an annual event to give the top women's national teams of Africa the chance of playing against each in the offseason to keep them active. 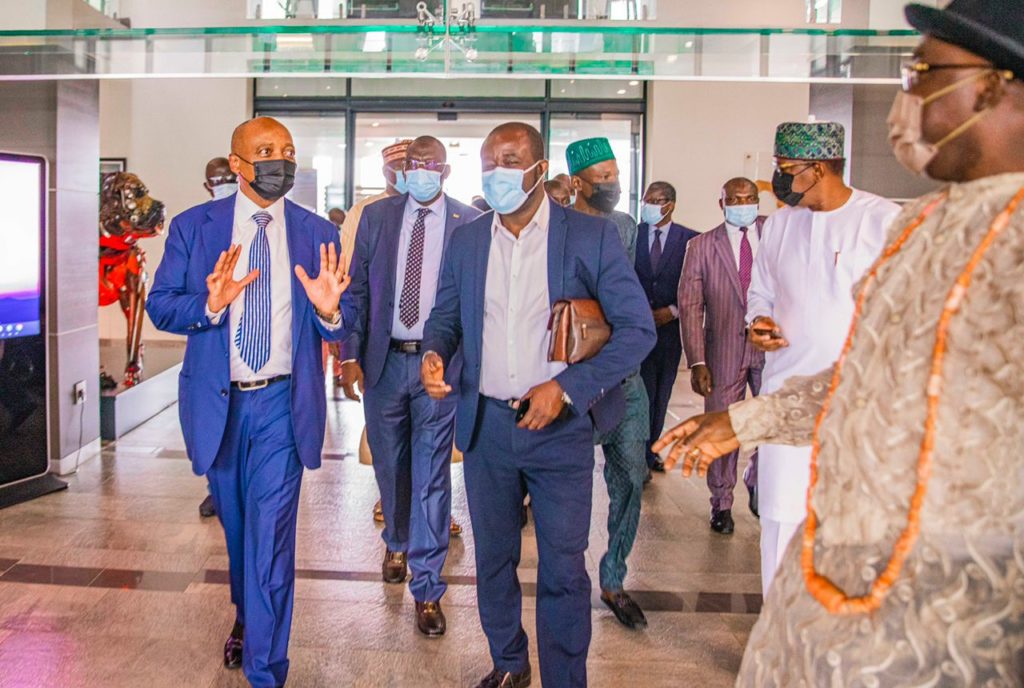 WAFU President Okraku in a hearty chat with billionaire Motsepe
In a rematch of the African women's final, the reigning African champions Super Falcons of Nigeria will battle Mali during the tournament's opening with President Motsepe, President Pinnick and President Okraku in attendace as well as the other football leaders.

The First Lady of Lagos State, Dr (Mrs) Ibironke S. Sanwo-Olu, has already acknowledged the outstanding work done by the LOC and its accomplishments of bringing the President of the Africa's governing football institution, the FIFA Secretary General Madam Fatma Samoura and other notable stars of world football to the ceremony of opening.

She said she was personally thrilled at the new look of the Mobolaji Johnson Arena and commended the LOC for its goals and vision established for the tournament supported by the first lady of the Federal Republic, Dr (Mrs) Aisha Buhari.