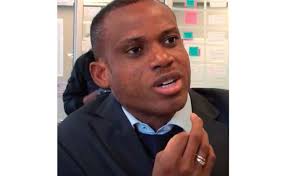 Super Eagles head coach Sunday Oliseh has hit hard at his critics describing them as insane for calling for his head.

The Local Eagles who were highly tipped to lift the just ended CHAN trophy won by DR Congo were ousted from the tournament by Guinea.

The loss did not go down well with supporters and fans of the Local Eagles who have called for the sacking or the resignation of the outspoken head coach.

The former Super Eagles captain took to social media and recorded a video on YouTube where he described the calls of the critics as ‘madness’.

“I am addressing this insanity that has befallen some of our critics. It is insanity because you must be insane to start calling for the head coach of the Super Eagles to be sacked because he lost a CHAN game to Guinea.”

“I understand that it is sad that we did not qualify but this constant insanity is becoming too much as some usual critics go on air and call for the head of the head coach each time the super Eagles loses a game. This is MADNESS,” Oliseh said in the video.

Sunday Oliseh’s rant comes following his impressive performance with the Super Eagles after losing only two out of fourteen games in charge as manager.

Oliseh therefore believes that there is a particular group of people who are pulling the strings and it is time for him to respond to them.