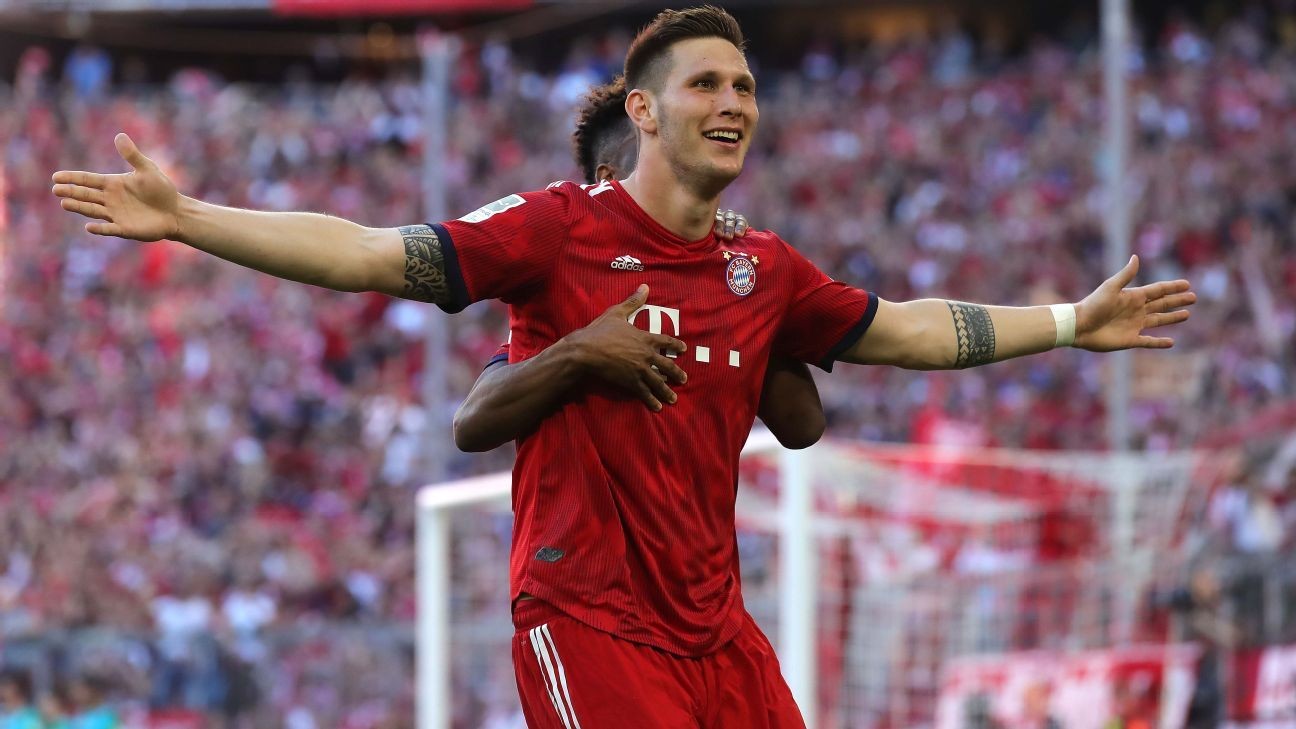 Niklas Sule scored to keep Bayern Munich on track for the Bundesliga title. A. Hassenstein/Getty Images for FC Bayern

Champions Bayern Munich claimed a narrow 1-0 victory over visiting Werder Bremen on Saturday to stay on course for a seventh successive Bundesliga title.

Niklas Sule drilled in a 75th-minute winner to lift the Bavarians to 70 points, four clear of Borussia Dortmund, who are in action against Freiburg on Sunday, with four matches left in the season.

It was the first loss for Werder in 2019 and the first game in all competitions this season when they failed to score.

Bayern had the upper hand throughout and fired more than a dozen shots before beating keeper Jiri Pavlenka, who had previously made a string of superb saves.

Serge Gnabry had the hosts' best chance in the first half when he turned to latch onto a Thiago Alcantara chip but his volley was saved by Pavlenka.

The Germany winger then had a double chance six minutes after the restart but again Pavlenka came to the rescue, tipping his shot onto the post.

The keeper also repeatedly denied Bundesliga leading scorer Robert Lewandowski before his team were reduced to 10 men in the 58th minute when Milos Veljkovic was sent off for a second booking.

Bayern finally broke the deadlock when defender Suele shot from the edge of the box, the ball taking a slight deflection to beat Pavlenka.