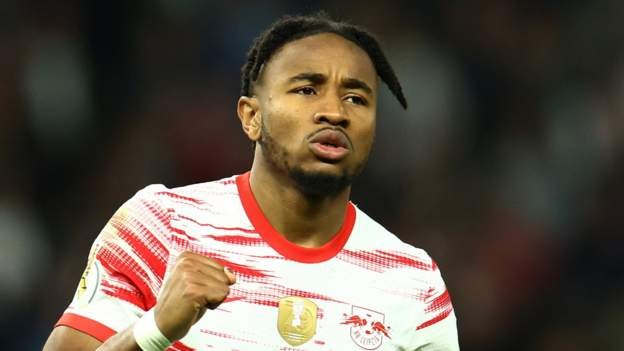 RB Leipzig forward Christopher Nkunku has signed a two-year contract extension which will run until 2026 with the German club.

The 24-year-old had been linked with a number of clubs, including Chelsea and Manchester Unitedexternal-link, but has opted to commit to the Bundesliga side.

Nkunku was voted the 2021-22 Bundesliga player of the season and helped Leipzig win the German Cup in May.

"I am pleased to continue wearing the RB Leipzig shirt," he said.

"After our great achievement in winning the DFB-Pokal (German Cup), it remained clear that my story here isn't over yet - we want more.

"I was really impressed with the club's efforts to keep me."

He added: "RB Leipzig have made a name for themselves on the international stage in recent years and have shown time and again that we can compete for titles.

"We want to build on that going forward and go one step further."

Ancient Egypt's ultimate 'yummy mummy': She reigned for over 20 years but why did history try to erase her?Boost your memory and heart health: Find out how a nap could slash your risk of heart attack by half and have an impact on your brain