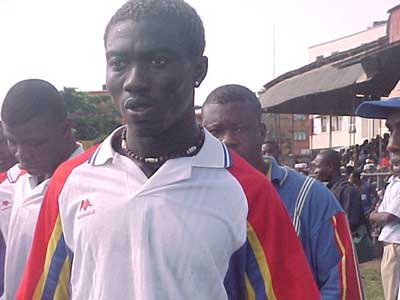 Hearts of Oak legend, Bernard Don Bortey says he was never confronted by a tough defender in the Ghana Premier League during his playing days.

The 37-year old recently hanged his boots after a career than spanned over a decade, but his fondest memories in the game was when he was at Hearts of Oak.

The pacy winger met several good defenders in his prime including the likes of Joseph Hendricks and Aziz Ansah but reveals none of them could handle him.

"There were so many good defenders during our time but no one gave me a tough time, I gave them a though time,' Don Bortey told Sikka Sports.

Revered by many on the local scene, the former Ghana international failed to glitter in Europe.

Bortey made 27 appearances for the national team of Ghana, scoring 9 times for the Black Stars.

He played for the likes of Gapoha, Al Wasl, Bnei Shaknin, Aduana Stars, New Edubiase, the Panthers and Ange IF.