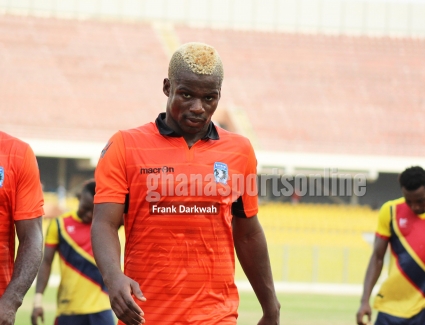 Burkina Faso hitman Ahmed Touré has boldly claimed that he was never afraid of any defender in the Ghana Premier League during his time with Asante Kotoko and Bechem United.

Touré established himself as cult hero during his stint at Asante Kotoko.

He left Asante Kotoko at the end of that season before rejoining in 2016.

After spending two seasons with the Reds, Touré left to join Lebanese side Nejmeh SC on a short deal before signing for Bechem United in 2016.

The deadly poacher became a key cog for the Hunters, scoring 13 goals in 25 league games, to lead the side to 10th place finish.

During an interview with Kumasi-based Fox FM, Touré declared that though he experienced so many tough battles with defenders in the league, none of them scared him.