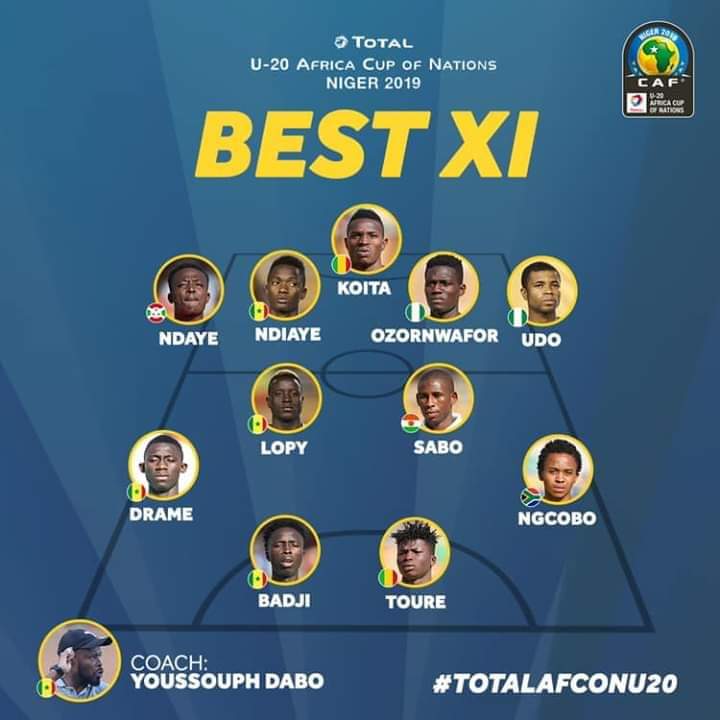 No Ghanaian player made it into the best XI in the just ended Africa U-20 Cup of Nations which was held in Niger.

Mali who eliminated Ghana in the group stage emerged champions after beating Senegal on penalties to win their first U-20 AFCON trophy.

CAF released its best players of the tournament and surprisingly has no Ghanaian player on the list, despite some fine individual performances from Kudus Mohammed and Emmanuel Lomotey who got two goals in the tournament.

The best eleven was dominated by runner up Senegal who had four players, followed by Mali with three, Nigeria with two, and one each from Niger and South Africa.