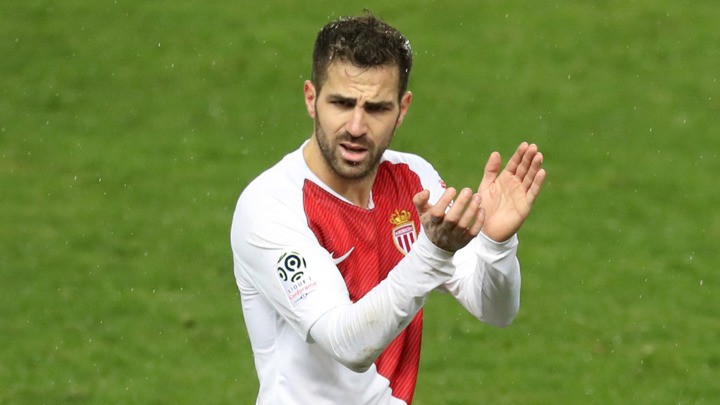 Cesc Fabregas has named Arsene Wenger and Jose Mourinho as the best two managers he has worked under during his illustrious career.

The current Monaco midfielder has also previously played for Arsenal, Barcelona, Chelsea where he won trophies with all three.

On international duty with Spain, Fabregas also lifted the World Cup in 2010, along with the Euro title in 2008 and 2012.

That success has had a lot to do with the great managers he's worked with and the Spaniard concedes he's been blessed in that department, while singling out his two favourites.

"I had the best in the world, so I cannot complain," Fabregas said on Instagram Live.

But when pressed to provide the top two, he swiftly added: "Wenger and Mourinho."

Unsurprisingly, none of the men Fabregas has worked under at Monaco made the cut either with the likes of Leonardo Jardim, Thierry Henry and Robert Moreno all struggling to get the French club performing consistently since Fabregas' arrival in 2019.

Having won six trophies under Guardiola at Barcelona, Fabregas' omisison of him stands out, with the player notoriously struggling to perform at his best while in Spain.

While Fabregas and Guardiola seemingly weren't the best combination, Mourinho certainly won the midfielder over while at Chelsea.

“I love him. I owe him a lot because he brought me here and I will always remember that," Fabregas said of Mourinho in 2018.

“Arsene always treated me like a son and it was amazing but the closest anyone else has been to him was Jose.

“The way he treated me, the way he made me feel, how he let me be a leader of the Chelsea team from day one and believed in me, this was fantastic and will always stay with me.

“It [this experience at Chelsea] is thanks to him. Our history, what had happened between us before I came, made it even more remarkable.

“When I played for Arsenal, he was with Chelsea. When I was at Barcelona, he was with Real Madrid. We were confronting each other but then we humbled ourselves and started a good relationship.”