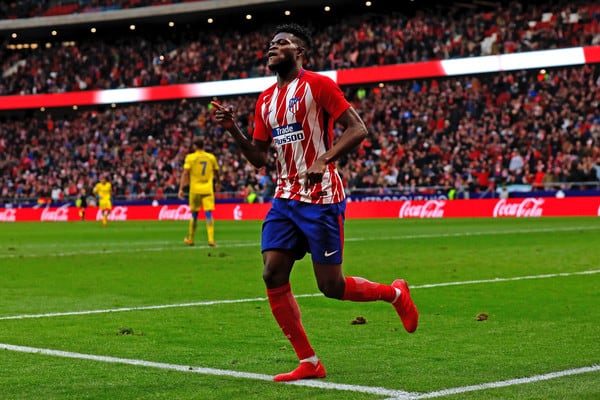 There have been no offers made for Atletico Madrid midfielder Thomas Partey, according to his agent.

However, he responded that Italian giants Inter ‘are a top club’ following a reports that both the Nerazzurri and Manchester City were interested.

“I can say that right now, I haven’t talked to anyone, even if Inter are a top club,” Daniel Jimenez told Passione Inter, in quotes carried by our sister site Football Italia.

“There’s a 50m release clause in his contract, a figure that’s cheap for a player like Thomas.

“We’ll wait for the season to end and then we’ll see.”

Thomas, 25, has started just 21 La Liga matches from a possible 37 so far this season despite steering clear of injuries and suspensions.