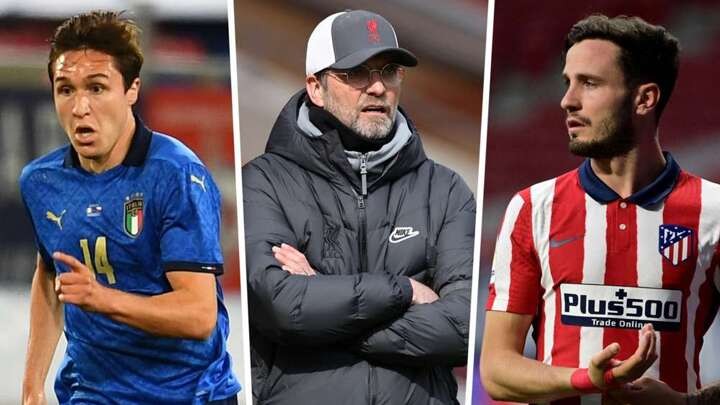 It is that time of year again, as far as Liverpool fans are concerned.

And where fear, frustration and downright anger - in some cases - have increasingly become stock emotions.

Who is ‘winning the window’ this year? Certainly not the Reds, judging by the angst emanating from supporters across social media.

It has been a quiet couple of months at Anfield, in terms of incomings and, with the new Premier League season less than three weeks away, that is not going down well at all.

Liverpool have instead been offloading players in recent weeks, raising more than £30 million ($42m) through the sale of unwanted squad members such as Marko Grujic, Harry Wilson, Taiwo Awoniyi, Liam Millar and Kamil Grabara.

Decent business, it has to be said. None of those players had ever started a league game for the club, and none were likely to any time soon. All were in their early-mid 20s, and had maintained or increased their market value by performing on loan. All should go on to have good careers away from Merseyside.

Liverpool, generally, have tended to sell well in recent years - see also the likes of Dominic Solanke, Rhian Brewster and Philippe Coutinho for further evidence. They drive a hard bargain, use the loan system well and are rightly considered among the smartest and most efficient clubs in the business.

“They turn water into wine,” says one source at a rival club. “Every year, they do business where you think ‘how have they managed that?!’”

Buying, though? That has been a little more difficult. And it is that which is causing such consternation among supporters this summer.

So far, their only new senior addition has been Ibrahima Konate, a £36m ($50m) capture from RB Leipzig in May.

At 22 and with plenty of Bundesliga and European experience, the centre-back looks a smart pick-up - a typical Liverpool purchase, you could say - and should add plenty to Jurgen Klopp’s squad in the coming years. By all accounts, Konate has already settled in very nicely at the Reds’ pre-season camp in Austria.

Is that enough, though, for a side with Liverpool’s ambitions? Almost certainly not.

Given their problems last season, a new centre-back was always going to be the first port of call. They simply could not afford a repeat of the situation they found themselves in last January, when injuries bit so hard that Klopp himself seemed close to getting a run out in the heart of defence.

Konate’s signing, plus the return of Virgil van Dijk, Joel Matip and Joe Gomez, should fix that issue, but there are others which need addressing if Liverpool are to catch and pass Manchester City, while at the same time holding off the likes of Manchester United and Chelsea.

A midfielder, for sure, is required. Klopp has lost one of his most reliable performers in Gini Wijnaldum, and while he has plenty of options at his disposal, the idea that Naby Keita or Alex Oxlade-Chamberlain will stay fit for an entire campaign, that James Milner can continue to defy Father Time at the age of 35, or that 20-year-old Curtis Jones could step with comfort into Wijnaldum’s shoes is at best risky, at worst downright silly.

It is understood that Klopp’s preferred midfield, even last season, would feature Fabinho at the base, Jordan Henderson to the right and Thiago Alcantara to the left. As it turned out, he was only able to field that combination once, in the damaging draw away at Everton back in October. As injuries bit, Wijnaldum (51 appearances in all competitions) became one of the few constants. He will be sorely missed, no doubt about it.

Liverpool, naturally, have been linked with a host of midfield players this summer, but Anfield sources have been quick to dismiss links to the likes of Saul Niguez and Youri Tielemans. Not financially viable, is the word, either in terms of transfer fee, expected salary or both.

That is important, given the amount of contract renewals coming up at Anfield. The likes of Van Dijk, Fabinho, Alisson Becker and Mohamed Salah are all in line for bumper new deals, while Henderson, Sadio Mane and Roberto Firmino, not to mention Keita and Oxlade-Chamberlain, are all into their final two years.

That is a lot of business to get through, and adding a new signing on big money, especially one who does not immediately command a starting spot, would certainly complicate that. Liverpool' annual wage bill (£326m/$453m) is second only to Manchester City in the Premier League. If they are to buy, it will be a younger player, one who can develop into a star instead of arriving as one.

The same goes for any potential forward additions. Links to Federico Chiesa surfaced in Italy this week, but they can be ignored. Liverpool like the player - who doesn’t? - and tracked him extensively at Fiorentina, but that ship has sailed. The Euro 2020 star is out of their price range this summer. Juventus, in any case, are hardly likely to sell.

Liverpool’s squad has evolved slowly since they won the Champions League in 2019. They did not make a major first-team signing that summer, and added only Takumi Minamino in the following January. Minamino, like Keita, Oxlade-Chamberlain, Divock Origi and Xherdan Shaqiri, who is likely to leave this summer, is still to convince he can play a regular role at Anfield.

Thiago has, and so has Diogo Jota, while Kostas Tsimikas, the third of last summer’s arrivals, will hope for better luck this season after an injury-interrupted debut campaign in England. The Greek left-back should, in theory, provide quality cover and competition for Andy Robertson.

Whether Neco Williams can do the same for Trent Alexander-Arnold on the other flank remains to be seen. The feeling within the club is that the Wales international, who has in fairness made 25 senior appearances already, may look to leave in search of more regular game-time, and that Liverpool would be willing to sell for around £10m ($14m). Nat Phillips, who became something of a cult hero when stepping up last season, is another who may well depart before the end of August.

With Shaqiri edging towards the exit, and with Origi and Minamino far from impressive, it is clear that some kind of reinforcement is needed in attack. Firmino’s form has long been a concern and he, Salah and Mane are all approaching 30. Wonderful as they are, this will be the fifth season that those three have made up Klopp’s preferred forward line. Jota brings freshness, but Liverpool need at least one more reliable striking option.

The idea of Oxlade-Chamberlain as a No.9, trialled during pre-season, will take some selling, though there is plenty of potential in Harvey Elliott, 18, and 16-year-old Kaide Gordon, both of whom have made a good impression this summer.

Elliott should play games this season, but it would be unfair to expect miracles. These players need time to develop, to make mistakes and to find the consistency needed to perform at the highest level. They need time and patience, commodities which are in short supply at the top end of the Premier League.

Next summer is already being talked up as a big one by sources close to the club, who believe it will be easier then to find the right kind of player to improve and evolve the team.

Liverpool have shown in the past that they are willing to wait for the right target, and that they will not pay more than what they perceive to be a player’s market value. Agree with it or not - and plenty don't - it has worked pretty well for them since Klopp's arrival in 2015.

But it would be a surprise, indeed, if Liverpool got to the end of this window without making at least one more first-team signing.

If they do, then one suspects their fans’ worst fears will be realised once the season gets underway.