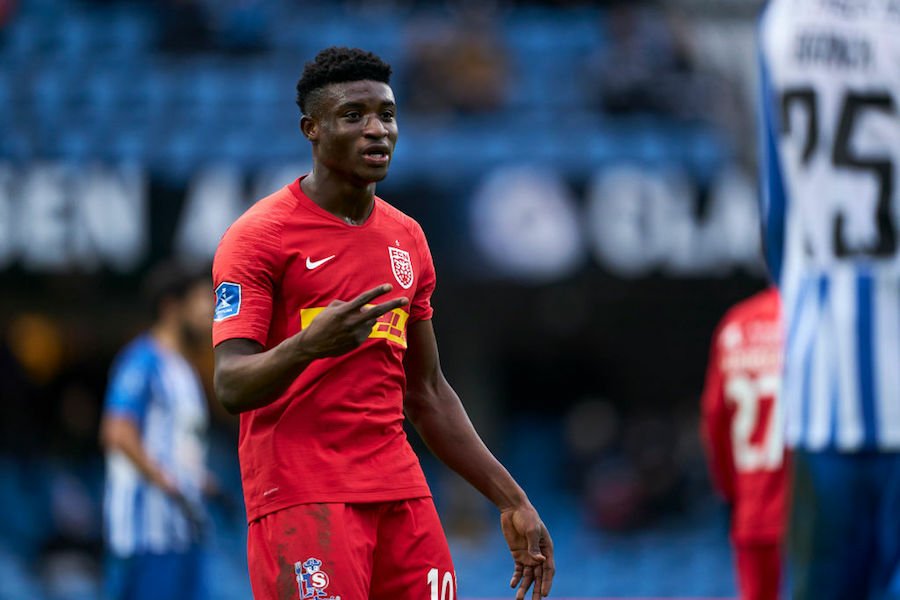 Nordsjælland have given him Ghana international Mohammed Kudus time to make a decision on his next destination for next season.

In midweek, he was left out of the squad which got crushed 4-0 at Brondby and was also absent in Sunday's 0-0 home draw with Aalborg BK.

The 19-year-old has been linked with giants Liverpool and Manchester United after a superb season.

Tottenham Hotspur have joined the list of suitors along with Ajax, Borussia Dortmund, Marseille and Fenerbahçe.

''There have been rumours since he broke through, and we have to deal with that properly. Sometimes we have to give space for players to think about what is going to happen going forward,'' he told Bold.

''This winter there were clubs knocking, but then the whole world was put on hold with the corona crisis. Now we have started again, and then there will be a knock on the door again.

''It was on the cards [summer sale], when we extended Kudus’ contract, that we should see if he could take the next step after this season. When you play for Nordsjaelland, there is a lot of interest and a lot of focus.''