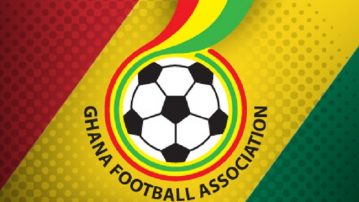 The meeting between the Ghana Football Association and the 48 Division One Clubs has been cancelled with a new date yet to be announced.

The NC were suppose to meet the clubs on Wednesday, February 20 to address issues about the cancelled Special Competition following the withdrawal of the Premier League clubs.

In a letter signed by Administrative Secretary of the Division One League Board, Sena Akoto Ampaw, the meeting has been called off completely, with a new date expected to be announced soon.

“We are sorry to inform you that tomorrow’s meeting with Division One League Clubs to discuss the cancellation of the GFA Normalization Competition and the way forward has been deferred.

“The new meeting date will be communicated to you in due course,” the statement read.

According to the GFA Normalization Committee, the postponement of the meeting has become necessary after their meeting with the Parliamentary Select Committee for Sports and Culture, and knowing that the committee will be meeting all clubs on Wednesday.

The NC is, therefore, holding on with the meeting until the Parliamentary Committee has exhausted their meeting with the clubs before they know the next step to take.

“This postponement was reached after fruitful deliberations held between the GFA NC and the Parliamentary Select Committee on Culture and Sports in a meeting to discuss the current state of Ghana football.

“In the meeting, the GFA NC was informed about a meeting between the Parliamentary Select Committee on Culture and Sports and GHALCA (the leadership of clubs) scheduled for tomorrow, 20th February, 2019,” the statement added.