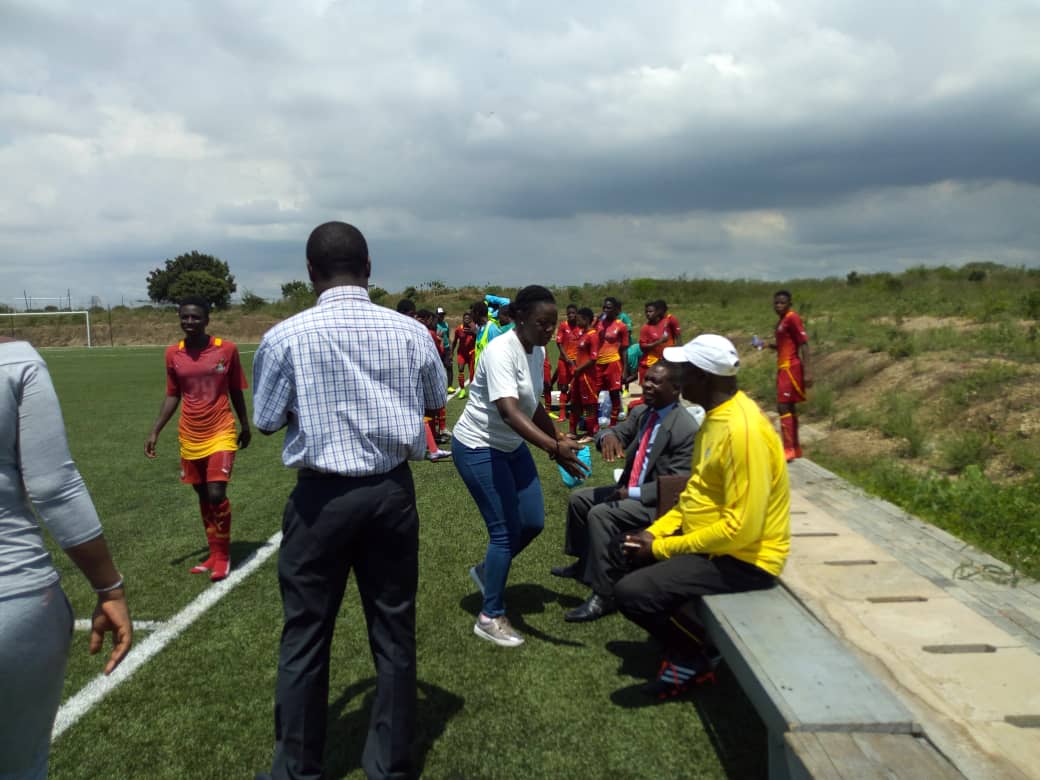 Members of the Normalisation Committee of Ghana Football visited the Black Queens in camp on Thursday as the team prepares for the Africa Women's Cup of Nations next month.

The team has been preparing feverishly for the tournament to be hosted in the country with low profile friendlies.

The Normalisation Committee visited the team to inspire them to go for the ultimate and also assured them of their full support.

The committee also met the technical handlers of the team.

At the time of their arrival, the Black Queens were engaged in a friendly against their junior counterparts the Black Maidens.

The Maidens are also preparing for the FIFA U-17 Women's World Cup in Uruguay next month.

The Black Queens are awaiting the draw for the Cup of Nations to find out their opponents.

Ghana is hosting the competition for the first time.

Members of the GFA Normalization Committee are currently at the GSCE, Prampram where the Black Queens are engaged in a friendly match against their junior counterparts, the Black Maidens. The teams are preparing for the AWCON and FIFA U17 WC respectively pic.twitter.com/hnTLIqfKY9