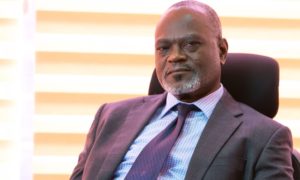 The committee will for the first time meet the Association to deliberate the ways forward for the Premier League since it's constitution a fortnight ago.

The committee led by Dr. Kofi Amoah will formally introduce themselves to the leadership of GHALCA and then talk other matter.

The group will run Ghana Football for the next six months and will ensure a new President is elected before the end of tenure.

FIFA named the committee following the revelations of the Anas Expose' which saw former President of the Association Kwesi Nyantakyi resigned after he was seen taking cash gifts contrary the the codes and ethics of the world governing body.

In a statement released and signed by the deputy General Secretary of the GFA Alex Asante the committee wish to invite the leadership of Ghana League Clubs Association  to a meeting on Wednesday 26 September, 2018 at the Citizen house Labone at 2:00pm..

1.Formal introduction of the normalisation committee

2.Discussion on the affairs of Ghana football