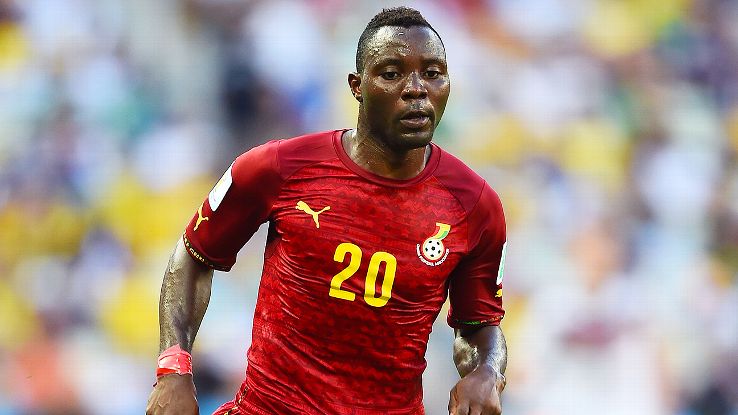 In sport, as in life, there are said to be no guarantees, but there are a few things which are absolutely certain ahead of the 2015 African Nations' Cup (ANC).

There will be a new champion after holders Nigeria failed to qualify for the event; the record-holders for the most trophies, Egypt, will not add to their tally; and at least three high-profile players in Mehdi Benatia, Samuel Eto'o and Kwadwo Asamoah will not be on the park in Equatorial Guinea. Such is sport.

Nigeria did not emerge from a group they were expected to dominate, which included South Africa, Congo and Sudan.

That means Nigeria coach Stephen Keshi, who became only the second man after Mahmoud El-Gohary to be crowned the best on the continent as both a player and a coach, will not return to the competition he bossed with big talk two years ago in South Africa.

That was where Keshi launched aÂ scathing attackÂ on African FAs for hiring "mediocre" European coaches ahead of locals. Had Keshi not gone on to see his team to victory, those words would have appeared somewhat shallow.

But he took a young squad, with more home-based players than usual to the trophy and now none of them, from goalkeeper Vincent Enyeama, to Premier League star Victor Moses and scorer of the only goal in the 2013 final, Sunday Mba, will be able to show how they have progressed since.

Similarly, Morocco and their exciting squad which contains the likes of Bayern Munich's Benatia and Crystal Palace's Marouane Chamakh, will be absent after their team wasÂ banned from competing. The country's withdrawal as hosts has ensured their team will not be allowed to compete in either the 2015 or 2017 events.

Another North African heavyweight who will not appear at the Equatoguinean games is Egypt. Although they hold the record for the most number of ANC wins in history, with seven titles to their name, this will be the third tournament in succession that Egypt have not been part of after almost missing out on the 2012 and 2013 editions.

Egypt's football has suffered in the shadows of the political upheaval which has gripped the country since the 2011 revolution. Their league has restarted, but they could not qualify out of the group from which Tunisia and Senegal emerged.

Not all the former champions are missing for next year's event. Cameroon will make their first appearance since 2010, but they will be without their talisman Eto'o. The striker retired from international play after limping out of the World Cup with a knee problem. Eto'o's club career has continued at Everton, but unless he is convinced to attempt a final hurrah for the Indomitable Lions, the ANC will take place without him.

Ghana will also be missing a key player, although theirs is through injury. Kwadwo Asamoah, the Juventus-based midfielder, could beÂ sidelined for the next three monthsÂ after sustaining a knee injury.

Asamoah was also unavailable for Ghana's first two ANC qualifiers with the same problem and the impact that had on the team was telling. They drew against Uganda and squeaked out a 3-2 win over Togo, although Asamoah's absence was not the only reason for those results.

The Ghanaian game was going through a period of strife following a disappointing World Cup which was headlined byÂ infightingÂ between the coach, Kwesi Appiah, and high-profile players like Kevin-Prince Boateng and Sulley Muntari.

None of the trio are expected to be at the 2015 ANC after Boateng and Muntari were banned from the Black Stars for indiscipline and Appiah parted ways with the organisation in September.

But all of them, regardless of where they may be on kickoff on January 17, will likely think of the one man who would have been there had tragedy not struck. South Africa's former captain and goalkeeper Senzo Meyiwa was chiefly responsible for the team qualifying for the first event they are not hosting since 2008 but wasÂ shot deadÂ in October.

Meyiwa had only played six matches for Bafana Bafana, but was elevated to the leadership position ahead of the ANC qualifiers and kept a clean sheet in the four games of the campaign he played in. He would have been their first-choice for the tournament, regardless of the fitness of Itumeleng Khune, but now South Africa will play in his memory instead. Such is life.